In a recent news story of American tech company – Ripple comes with an extraordinary number by presenting its third quarter 2018 results.

To elaborate more about the quarterly result, the company reported its revenue from XRP token which is almost double in the third quarter (Q3) than the second quarter (Q2) of 2018 as stated by company’s quarterly report published on 25th October.

When we discuss the numbers as those state the clear picture about the entire scenario, the Q3 2018 XRP Market Report state that the company generated $163.33 million by selling XRP in the Q3 which seems to be almost double as compared to erstwhile quarter which is $73.53 million. The combined sales of $163.33 million were bifurcated between Ripple and its subsidiary XRP II, LLC, which saw $65.27 million and $98.06 million in sales revenues respectively.

The following analytical figures show the proper numbers to draw the conclusion as to how the company has grown by the quarter over quarter: 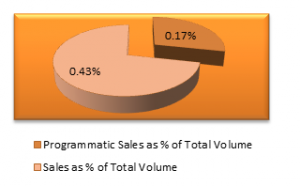 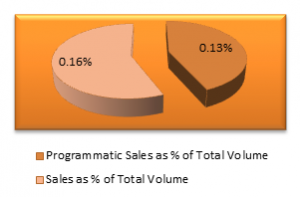 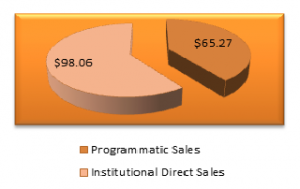 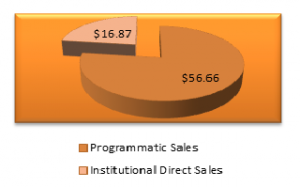 While looking at the aforesaid charts, the sales volume in Q3 states 0.172 percent of the total XRP volume traded worldwide, whereas in Q2 the figure stood at 0.125 percent. Let us not forget that in the Q3, Ripple distributed 3 billion — 1 billion each month — of XRP out of escrow which was believed to be quite similar of the Q2. Amid this, Ripple states in its report that the rest of 400 million XRP did not return to escrow as those would be used for a variety of purpose namely – supporting the entire ecosystem.

When we look at the YoY numbers, the same quarter of 2017, XRP II, LLC generated 19.6 million by selling XRP directly and $32.6 million programmatically. While last year in Q3, the sales contributed almost 0.20 percent of the total $16.50 billion traded.

Further speaking to the subject matter, the market has been volatile for XRP throughout Q3, 2018 which is believed to have increased recently and reflected in price increased.

In September 2018, Ripple officially announced to lead a group of Crypto startups namely Securing America’s Internet of Value Coalition to leverage lawmakers and financial regulators, especially in D.C. With the mission to streamline the government’s perception towards the new age tech – Blockchain. It focuses to support innovation and competition in the entire ecosystem of the crypto markets globally.

With this, Ripple is expected to support the entire crypto and blockchain community by convincing the regulator and authority that the industry really needs the governmental support in order to be on Cloud 9. Amid this, the group is believed to have received almost $25,000 each month and 10,000 in XRP from the coalition as per the company source.

Shalin joined CryptoNewsZ as Associate Finance (Cryptocurrency Research & Analysis) in 2018 and has 10 years of collective experience to work on financial modeling and financial planning & analysis activities (fp&a) domains. He has worked with various organizations in India and added values by leveraging his skills and expertise. He has strong domain expertise in research & analysis, valuation, and fp&a!! You can also mail him at [email protected] to discuss anything related to his reports.