RoboFi, a DeFi platform working towards the new age of DAO crypto staking bots using a whole new concept named Initial Bot Offering (IBO), has announced that Chainlink Verifiable Random Function (VRF) integrated on the Blockchain of Binance Smart Chain. The firm will acquire fool-proof and accessible sources required to choose winners equitably from the participants of the IBO list after successfully integrating Chainlink’s industry-leading decentralized oracle network. In the end, this results in a more engaging, transparent, and fraud-resistant product for the user. Winners will be picked in the fair manner possible.

RoboFi has developed a new idea called an IBO, which allows bot makers to put their bots for crypto trading in the system of RoboFi to raise cash. Users that take part in an IBO will get the opportunity to play bot games. Bot games, drawn at random, are only available to users holding the bot governance tokens following an IBO.

In the RoboFi ecosystem, there are two types of games:

In one bot, managers play a game of chance called “Luck of the Draw.” It is a game where one user will be chosen as the winner and get the bot’s reward.

Many bots in Luck of the Draw: One bot will be chosen as the prize winner in this game. The reward will then be divided among all users of bot governance.

A certain number of tickets will be distributed to participants. The smart contract in the bot game will select tickets randomly won regularly. The game’s reward will be split among the winners.

The firm will need access to a random number generator that users can audit freely to choose winners equitably. On the other hand, RNG solutions to work on intelligent contracts need several security concerns to avoid manipulation and ensure system integrity. RNG solutions that employ block hashes that look like on-chain data can be abused by miners using Blockchain. Off-chain RNG solutions such as conventional data service providers do not offer consumers conclusive confirmation of the process’ integrity.

RoboFi, in its statement, said that they partnered with Chainlink VRF because it has a top-quality academic research solution. It is backed by Chainlink’s oracle infrastructure and is highly secured.

Chainlink VRF can create random numbers and crypto proof after combining the unknown block data, especially when the access requested and the secret key of oracle nodes are pre-committed.

Equilibrium and Genshiro Are Organizing an Online Kusama Demo Day 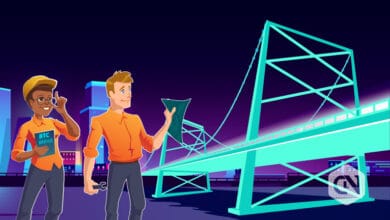