The speculations of Samsung adding support for Bitcoin have finally turned out to be true, as the Korean tech giant added BTC support to its Blockchain Keystore SDK, though quite discreetly. As per reports, the move will allow users to use Bitcoin applications through the secured storage hardware on the supported devices.

A number of estimates and researches have shown that the future of crypto trade will move from computers and laptops to smartphones. Especially, as the ratio of users from the third world countries in the Asia Pacific grows, the demand for mobile phone-based services will also rise, as the vast majority of internet users use smartphones as their primary devices.

In such a scenario, it was apt that major smartphone makers added support for crypto trade and blockchain services, to embrace the future. Also, another important reason for blockchain adoption in smartphones is that the tech eating up the virtual gaming industry, which again will mainly be used on smartphones in the near future.

Samsung, being one of the largest smartphone manufacturers in the world, acknowledged the need of the hour, and introduced crypto wallet services in its famed Galaxy S10 devices earlier in February this. However, the device didn’t seem to be secure as expected, as a security researcher named ‘Dark Shark,’ proved successful hacked the wallet.

Nonetheless, the addition of Bitcoin will help the company cater to a wider range of audience. Apart from the apex cryptocurrency network, SDK Blockchain Keystore also added support for Korean social messaging behemoth, Kakao’s blockchain venture, Klaytn. Samsung, strangely, didn’t make any noise about the addition and kept things quite understated. This is why the news broke just a few hours ago, despite the move being updated on the Keystore as early as August 8.

As per the company’s website, the Samsung Blockchain SDK will be released by the end of this year. Developers can get access to the beta version, in the meanwhile, by making a request for partnership. When launched, the SDK is expected to revolutionize blockchain adoption among the masses.

Neo (NEO) Falls due to the Market Pressure; Ethereum Classic (ETC) and Cardano (ADA) walk up on the Weekly Chart 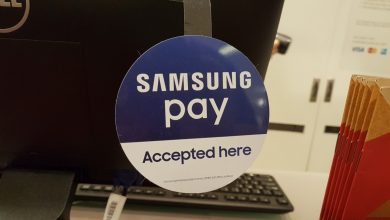