A technology non-profit firm based in San Francisco, called Kiva, has unveiled a credit database that is based on the blockchain technology in Sierra Leone, West Africa. The platform has been officially launched yesterday in Sierra Leone’s capital Freetown with thorough involvement and compliance with the government. This project aims to eliminate the struggles faced by locals to demonstrate their credit history while applying and getting loans.

As per the Reuters reports published on 21st August 2019, this platform will utilize the biometric data of the citizens, such as fingerprints, to retrieve their credit history so that it becomes easier for lenders to grant loans. The biometric data to be used by the blockchain system was collected by the government several years ago for issuing citizens’ voter identification cards.

According to Julius Maada Bio, Sierra Leone’s President, the system will enable them to include more Sierra Leoneans into the nation’s financial system. The move also guarantees that the citizens are not left out from the worldwide digital economy, stated the President.

People in need of borrowing money will have a digital wallet and all their transactions will be registered on the blockchain platform, keeping the user data secure. This wallet would be accessible by the borrowers through an application which poses a problem since there is less than 15 percent of individuals with internet access in the country, as noted by the nation’s Information Ministry. However, Schan Duff, the Vice President of Strategy at Kiva, stated that their partners, including banks, will help overcome this issue by providing internet connectivity through phone networks.

Revealing the government’s plans, Bio said that they intend to have this blockchain-based system implemented by all the banks, as well as the microfinance institutions of the nation, by this year’s end.

Directorate of Science, Technology, and Innovation of Sierra Leone, David Sengeh, also came forward to share his views. Sengeh said that absence of identification or the inability to authenticate those credentials for credit motives raises the business cost for everyone.

It is worth noting that more than 85 percent of Sierra Leone’s population lacks access to the internet. In addition to that, more than 75 percent of the nation’s population is unbanked, per the central bank of the nation. Hence, the locals have to rely on informal entities, such as microfinance lenders and community banks, for loans. These organizations hardly share the credit information and are often known for charging exorbitant interest rates.

Kiva, on the other hand, is recognized for facilitating small loans in as many as 80 nations. Sierra Leone is the very first nation to have implemented such kind of online credit system created by the firm. 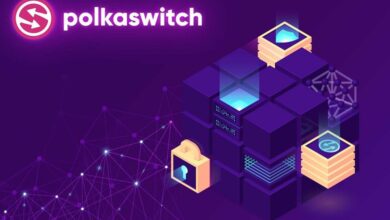