Looking at the massive potential of the burgeoning industry, Saudi Arabia has teamed up with the United Arab Emirates (UAE) to develop a cryptocurrency which is expected to be launched by mid-2019. The official name of the virtual coin has not yet been revealed. The details about this currency are also extremely limited at this time.

This currency will not replace fiat currency but will be a tool for inter-bank payments. It will have the support of the central bank of Saudi Arabia along with a few other banks. However, the names of the banks supporting this currency are still unknown.

The Saudi Arabian Monetary Authority is reportedly investigating the feasibility of such a currency. 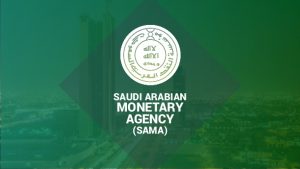 With the issuance of a native cryptocurrency, the oil-rich country seeks to improve cross-border payments. This may prove quite beneficial to consumers as well as corporations.

Confirming that the joint digital currency project had reached the design phase, Mubarak Al-Mansouri, Governor of UAE’s Central Bank stated, “The digital currency will not replace a certain bill, but it will be a new payment tool used by banks, not individuals.”

It is interesting to note here that earlier both UAE and Saudi Arabia maintained a not-so-friendly approach towards cryptocurrencies and the related blockchain industry. Saudi Arabia Authority had earlier warned citizens against trading in Bitcoin since it was not within the bank’s regulatory reach. And, the central bank of UAE did not recognize digital currencies like Bitcoin owing to the risks associated with cryptocurrency investments.

However, the recent innovative developments in the fintech industry seemed to have attracted both these countries to a great extent. This, according to Al-Mansouri, was the driving force behind the joint digital currency that both the countries are working upon now. He added that such an initiative would undoubtedly usher in a financial transformation, which, however, will not be devoid certain risks. 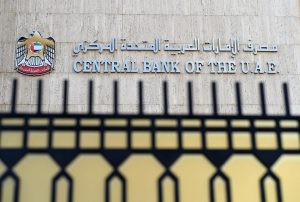 Saudi Arabia has been seen getting involved in a variety of crypto-related projects. Back in February, the Saudi Arabian Monetary Authority (SAMA) had signed an agreement with Ripple to provide support to the banks of the Kingdom of Saudi Arabia (KSA) to use xCurrent, Ripple’s software solution that helps banks to settle cross-border payments with end-to-end tracking instantly.

Similarly, UAE’s favorable laws towards blockchain technology have facilitated the crypto boom in the country. UAE also welcomed its first cryptocurrency exchange earlier this month developed via the partnership between Zarooni Group and Crypto Bulls.