Plastic recycling is becoming a concerning issue on a global platform now more than ever with increasing number of pollutant factors around the world. The crisis possesses a threat to nature and humanity without realizing the effects of it. But ocean plastics are creating far worse problems for the recycling companies, and they are desperately looking for solutions.

SC Johnson, a household name for supply commodities, recently announced their plans of partnering up with Plastic Bank, a startup focusing on the waste recycling process. The teaming up is to tackle the greater threat of overcoming the crisis of plastics and recycling on the oceans by increasing the recycle rates near the areas of Indonesia.

According to David Katz, CEO, and founder of Plastic Bank, he sees this partnership as an important venture for the global problem. He says, “This partnership with SC Johnson is the first of its kind in Indonesia. It will help create more opportunities for people living in poverty and will offer waste collectors an important sense of pride. SC Johnson is the first CPG Company to scale a program of this kind in Indonesia that will benefit a wide range of socio-economic demographics including residents living below the poverty level.”

Plastic Bank is currently running a proof-of-concept program in Haiti with a custom cryptocurrency solution based on the Hyperledger Fabric protocol by IBM. The platform lets the plastic buyers and waste collectors interface and reward recyclers for collecting plastic from the ocean waste. 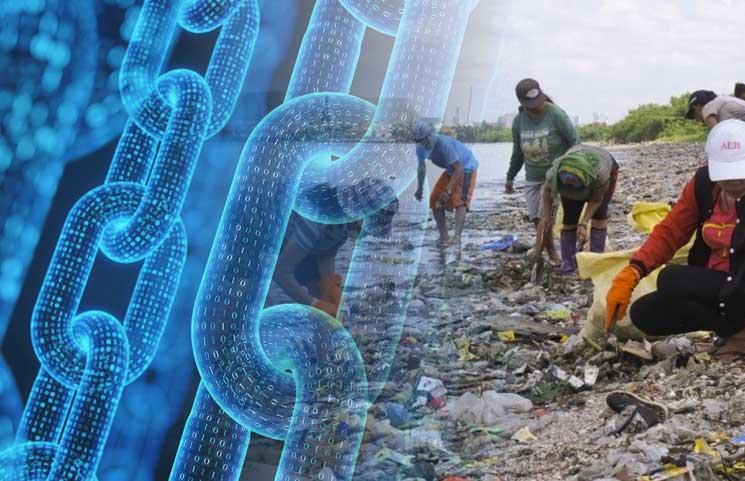 The dilemma of ocean plastic and recycling of plastic, in general, is a global concern in itself, and it isn’t the first time that a huge step for its effort is in place. There have been several efforts for the same but meets with disappointing results about the fact that the areas responsible for dealing with the problem are impoverished with limited tools and infrastructure blindness.

Indonesia seems to be an ideal place for increasing the recycling process by building new centers. The reason is that it is home to the highest levels of marine biodiversity in the world which are constantly and daily threatened by the increasing amount of plastic problems resulting from food chain hosted by the major population in the area.

As a result, the Plastic Bank has opted for a blockchain technology solution where they will launch a mobile app which rewards the plastic collectors for the amount of plastic they can bring to the collection centers using digital tokens rather than cash.

It will hopefully work at improving the public understanding of the problem and force them to work for the sake of the environment. Along with building more centers for the new project, the creators are also planning on events and gatherings to further educate the masses on the threats of plastic in the ocean and their initiative to overcome it using blockchain technology and promote the cause further.