There seem to be significant problems in terms of scalability of the EOS blockchain since quite some time now. These issues have resulted in the blockchain’s capability of hosting decentralized apps on its network in a secure manner. The difficulty here appears to be the considerable growth of blockchain – the progress is so rapid than just a bunch of blocks are finding themselves capable of affording to store the whole thing.

If you look at the mechanism of dApps, you’d realize that they’re exclusively connected with one of the block producers. So if at all these blocks go down either due to technical glitches or economic hurdles, the dApps connected to the blocks will crash as well. Such a scenario of centralized failure can be a huge cause of concern, from the entire project’s point of view.

Marketed in the crypto world as the most rapid blockchain, EOS appears to be risking the project’s security and reliability for optimized speed. Adding another block after every 30 seconds implies that EOS blockchain currently is more than 42 million blocks. The swift development of 4TB data has been accomplished after operating for merely eight months. On the contrary, blockchain of Bitcoin has reached just 200 GB in 10 years of its operation whereas Ethereum has reached 150 GB post three months.

When it comes to referencing and storing such massive blockchain becomes quite expensive. It is one of the reasons why multiple of the producers have withdrawn from storing the whole chain. At present, there are reportedly five block producers that have continued storing the complete chain of EOS – GreyMass, EOS Sweden, EOSTribe, EOS Canada, and CryptoLions. Out of all these, only two are utilized for block validation because remaining ones aren’t included in the list of topmost 21 block producers that verify transactions. Moreover, when the blockchain grew to 2 TB from 1 TB last year, many producers pulled out.

The Solution Being Worked Out

According to recent reports, work is underway for channeling additional funds to blockchain producers to aid them to store the complete chain. Charging dApps while they reference the total chain history can be one possible solution as well. Utilizing the technology of sharding like Ethereum can also be another solution. As per the EOS Weekly, using the LiquidApps Network which will release soon can be another provision. 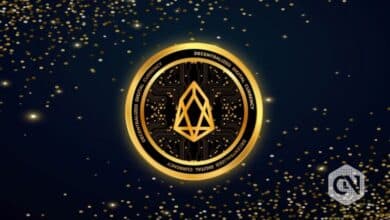 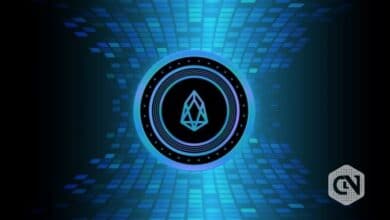