Apparently, US financial regulators have been very strict when it comes to overseeing crypto space operations. Especially, the US Securities and Exchange Commission (SEC) has kept a negative stance on Bitcoin exchange-traded funds(ETF). However, a securities regulator from the US reveals that the Bitcoin (BTC) ETF will get the approval from the regulators by the time.

Notably, BTC ETF’s proposals have been rejected consistently by the regulators in the US in the last year. Still, the Securities and Exchange Commission’s only Democratic commissioner, Robert J. Jackson Jr holds a hopeful approach towards the legalization of BTC ETF. He believes that eventually, the rejection scenario for ETFs will come to an end. He said,

“Eventually, do I think someone will satisfy the standards we’ve laid out there? I hope so, yes, and I think so.” 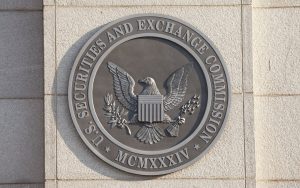 He noted that the practice of rejection would ultimately change.

Previously, investment management firm VanEck also applied for the ETFs approval from the SEC, and it even reached close to the approval, but later the firm pulled their application at the last moment due to the government shutdown. The firm also involved itself in the extensive dialogue with the SEC regarding its product. Reportedly, VanEck will be re-filing its application for approving ETFs with some changes to their previous application.

Jackson pointed out to the SEC’s second rejection for the Winklevoss’ proposal to list the Bitcoin ETF. He then talked about the change in the perception of the crypto market. He stated,

“I’m happy to say market participants have begun to come in with ideas. Whether or not we’re going to find one that really protects investors, I don’t know, but I do know that that [Winklevoss] case wasn’t especially close.”

Concluding, Jackson considered the liquidity problem as a “very serious” issue in the market. He said,

“There you had a situation where the risk for manipulation and for people getting hurt was enormous. The liquidity issues in the market were very serious.”

Well, Jackson’s view gives hope to the crypto firms which are interested in ETFs. Let us see, what regulators have planned for the ETFs approvals!!