The U.S. Securities and Exchange Commission reportedly suspended trading activities for the firm in the act for making false endorsement claims related to cryptocurrency. The temporary trading suspension was announced on Monday for the American Retail Group Inc. (ARGB) following the charges of “making false crypto-related claims about SEC regulation and registration.”

The charges filed in reference to the claims that were made by ARGB’s press release in August earlier this year. According to SEC, the company stated that they partnered with a qualified custodian from SEC for using cryptocurrency transactions under the SEC regulations.

It further claimed that the company was arranging for the token offering which was registered officially according to the SEC requirements. The SEC confirms that these were the false claims as to which they ordered a suspension on the company.

American Retail Group Inc., formerly named Resource Acquisition Group, is a Nevada-based corporation and has OTC Link stock listings. It is a regulated trading system operated under OTC Markets Group Inc. Now, the firm is also under the name Simex Inc., as of May 16 acquisitions.

ARGB says, “Simex is developed and is commercializing a multi-functional online international digital asset management, investment, and trading platform. The platform allows buying and selling of cryptocurrencies, traditional currencies as well as the tokens.” 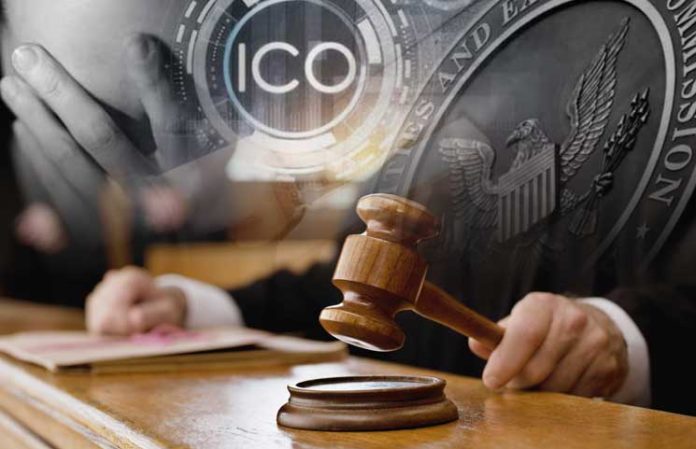 Earlier this month, SEC issued an alert for the investors and companies who are making false claims about endorsements that use in turn of promoting cryptocurrency investments. It emphasizes, “The SEC does not endorse or qualify custodians for the cryptocurrency, and investors should use vigilance when considering an investment in an initial coin offering.”

The agency also explained that their federal security laws clarify that the SEC can suspend trading stock for ten days and forbids the broker-dealer for beseeching their investors to buy and sell their stock until the reporting requirements meet.

According to Cointelegraph, the reports are confirmed by the American Retail Group when they issued a statement on Tuesday about the suspension from their common stock trading from October 22 to November 2.

ARGB also clarifies that they haven’t issued or registered a public offering for any of the currencies or securities in the name of SEC or any other state regulatory authority, which one of the press releases of August might imply.

Restaurant in Kenya Allows You to Pay for Meals in Bitcoin