Shiba Inu crypto token has been under a downtrend for the last three months. Things turned positive only in February 2022, wherein Shiba Inu raised by a decent 20% mark. Following this price trend, Shiba has moved further towards an uptrend. Shiba Inu currently holds the 15th position in terms of the market capitalization of $15 billion.

SHIB token has finally gathered some strength to confront the resistance of 200 DMA again after failing to break out from the levels earlier in Feb 2022. At present levels, the probability of a breakout has increased after the price action remained positive in the last four days. 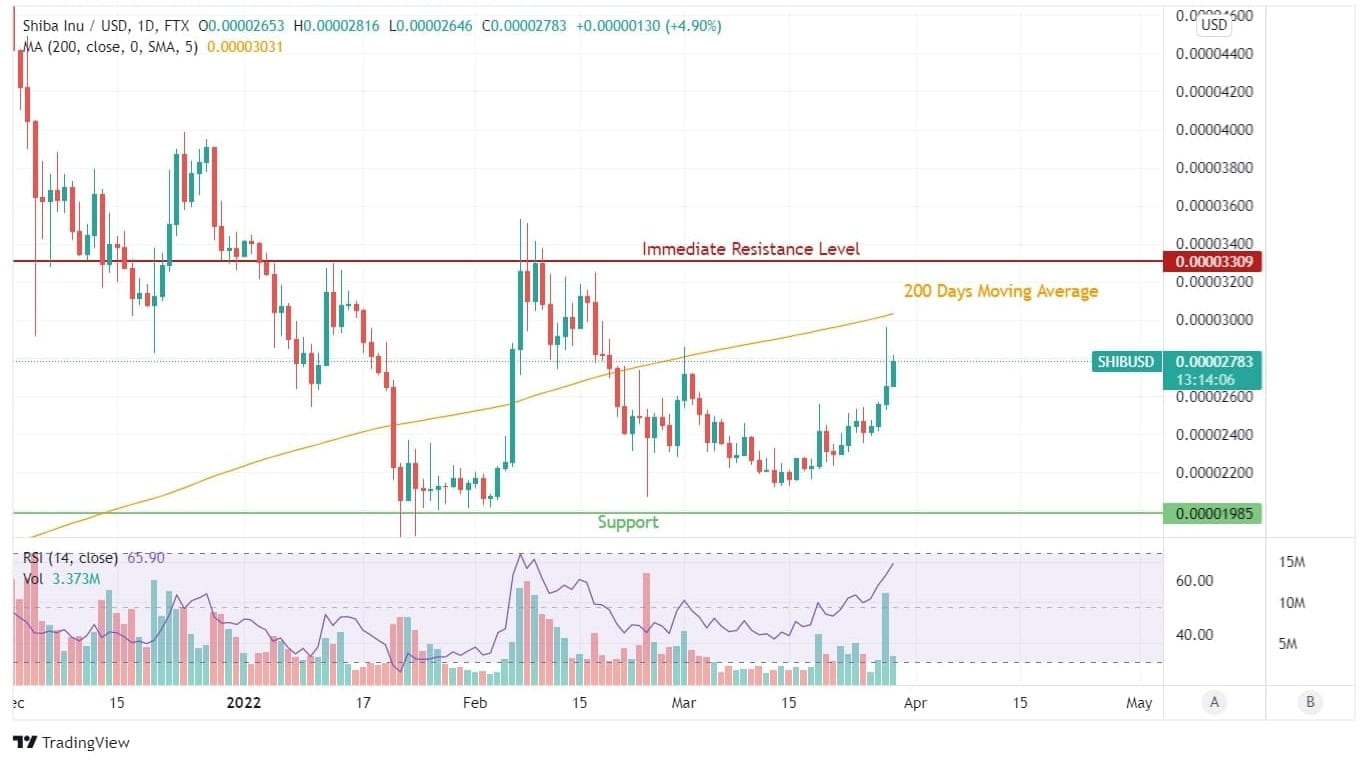 Shiba Inu prices have finally come closer to its 200 DMA, and it would be very interesting to see if it manages to overcome this resistance. Shiba Inu now has an immediate resistance of 200 DMA followed by $0.00003309 levels. On the downside, the support becomes stronger around $0.00001985 levels. According to Shiba Inu coin prediction, if the coin breach the 200 DMA, SHIB investors with enough sentiment that buying movement increases, taking it to new highs.

On a historical note, RSI above 70 has resulted in profit booking numerous times in the past, and as such, one should be wary of the current situation. The reverse parabolic pattern emerging on daily charts showcases a strong potential to continue its gains. Increased hourly transaction volumes will be aiding the overall gain of the Shiba token in the short term. 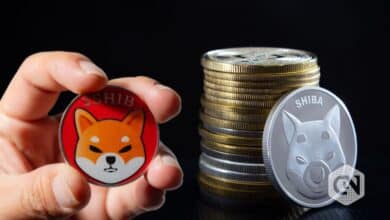 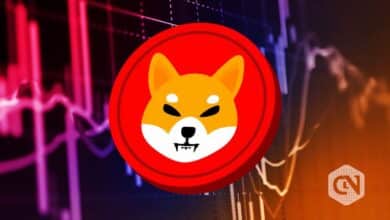 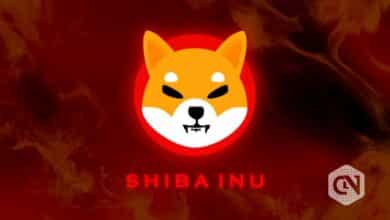 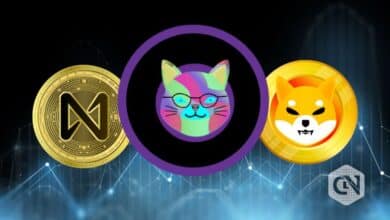 Kittynomica Overtakes Shiba Inu and Near Protocol in Popularity As It Seeks to Catalyze the DeFi ecosystem, One Innovation At A Time