Shiba Inu, the meme coin inspired by the success of Dogecoin, has been facing difficulty in surpassing the strong resistance. After multiple failed attempts, Shiba again attempted to break the resistance on July 06, 2021, but failed. This failure is putting additional selling pressure on this cryptocurrency. With support active at the lower levels, it could re-attempt to break the resistance or retrace back to the support levels. 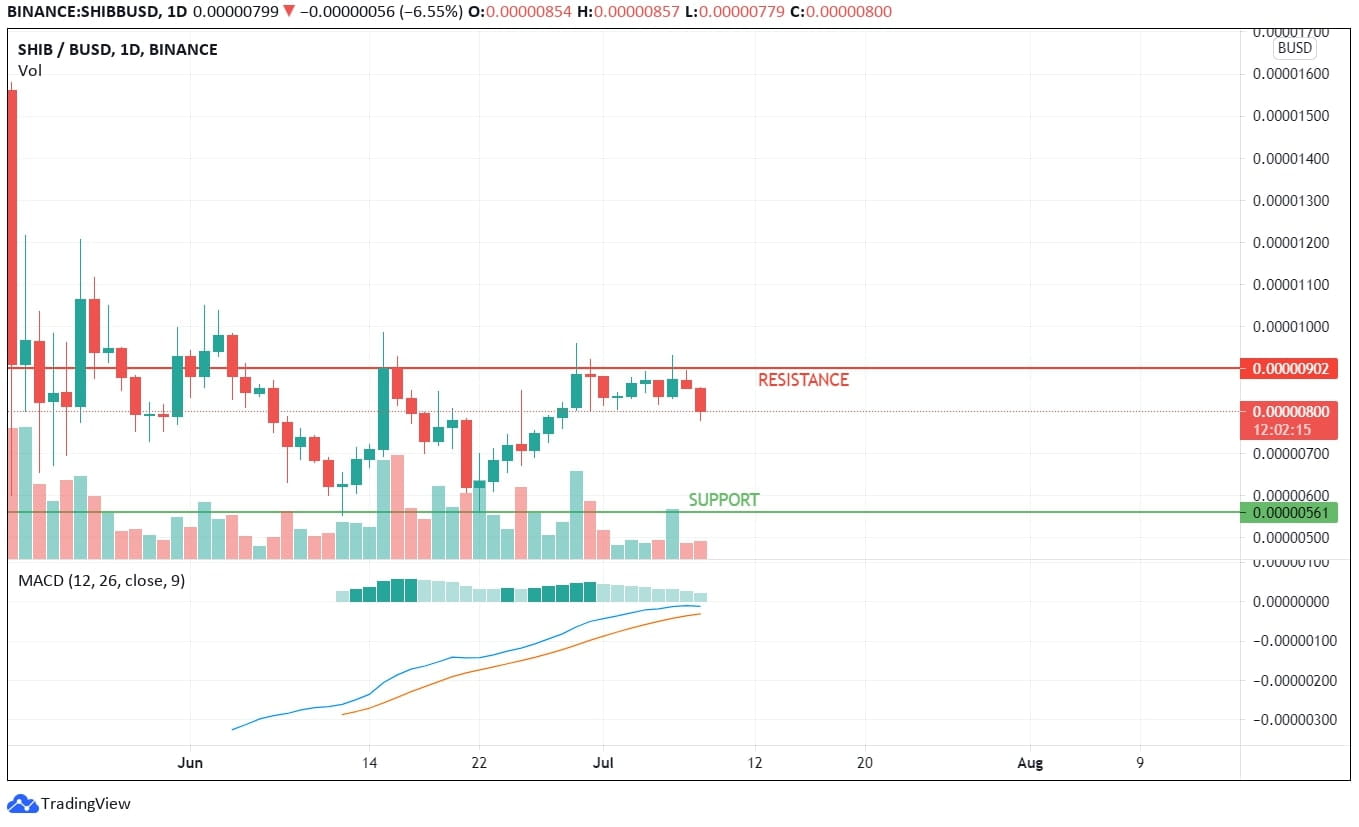 The MACD indicator shows the end of the bull run and the beginning of a new swing. Current selling pressure has pushed the price of the Shiba token below the one-week low valuation. It will be wiser to wait for a green candle to emerge on daily charts before making a fresh entry into the Shiba Inu coin. Support is quite low, and one wrong step puts you in a loss-carrying position. 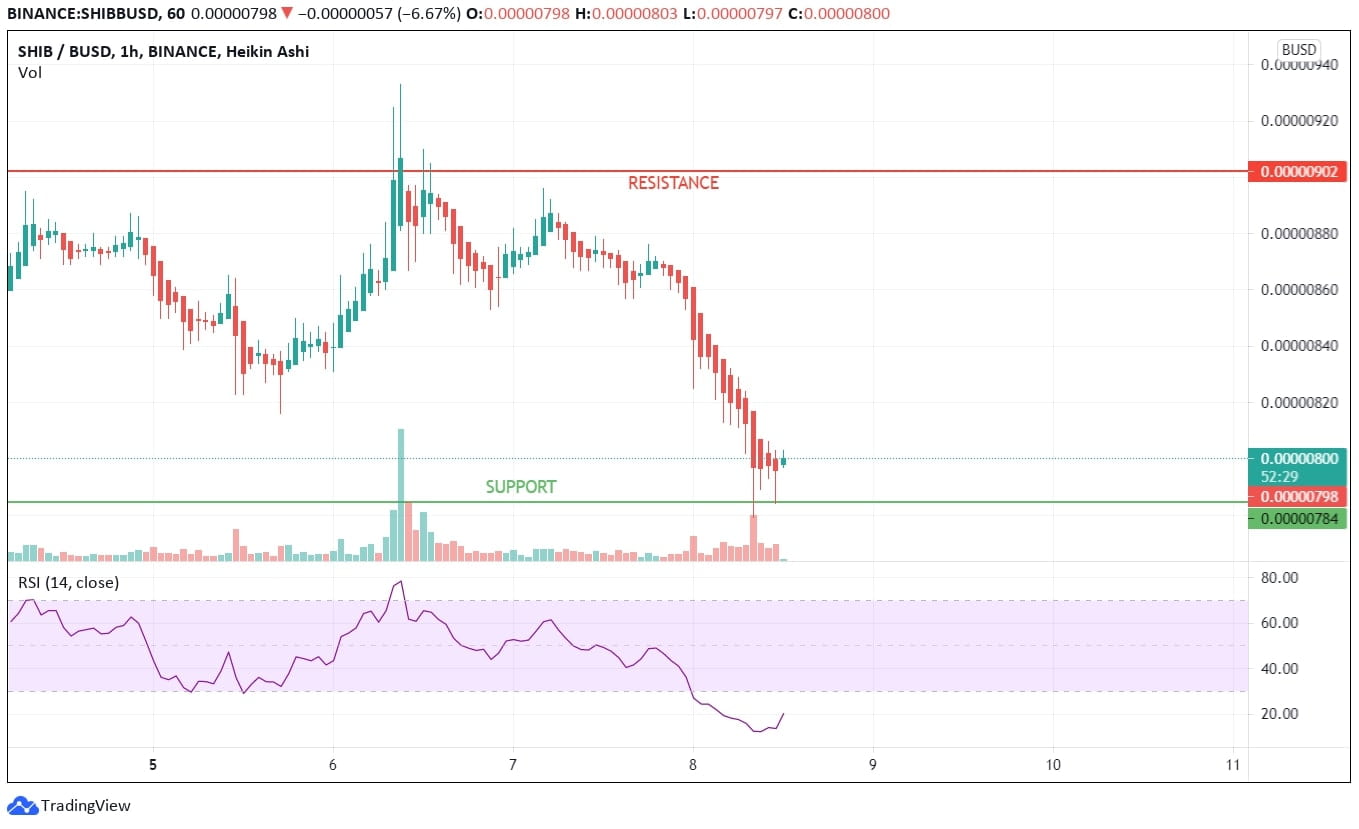 In the hourly time frame, the Heikin Ashi charts indicate the end of the negative swing with the rise of a new green candle. Wait for another green candle to emerge with a higher wick for making a new entry into the Shiba coin. Since the valuation of this cryptocurrency is quite low, making a small investment wouldn’t hurt your overall profile as per our Shiba Inu price prediction.

RSI is indicating the return of a buying sentiment on a smaller time frame. It is currently showing oversold levels but inching closer towards the neutral zone.