The present economy is encouraging the world to see a future with an efficient and capable network of cryptocurrencies in use. To prove it several banking institutions, as well as major industrial enterprises, are seeking new ways to instill cryptocurrency industry and its services in their workings to navigate how the connection, an efficient one for both parties, could be made.

Following the thought, Singapore’s central banking institution has also decided to have a look at the potential of cryptocurrency and manage a way to bridge the gap between the banking sector and crypto industry. As a result, they have decided to advance their partnership by allowing bank accounts and banking services to the crypto startups.

The reports confirmed by Ravi Menon, managing director of Monetary Institute of Singapore (MAS) and regulator support domestic cryptocurrency startups and exchanges to receive banking services in return from what a city familiar with the industry itself. According to his views, Menon believes that the banking sector needs to overcome this hurdle of offering banking services to domestic cryptocurrency startups.

According to the reports from Bloomberg, Menon says that Singapore holds the potential to become a breakthrough for crypto startups that are getting rejected banking services from financial institutions like to open a bank account. However, the managing director doesn’t intend on making the city a lax regulatory atmosphere by doing so either. 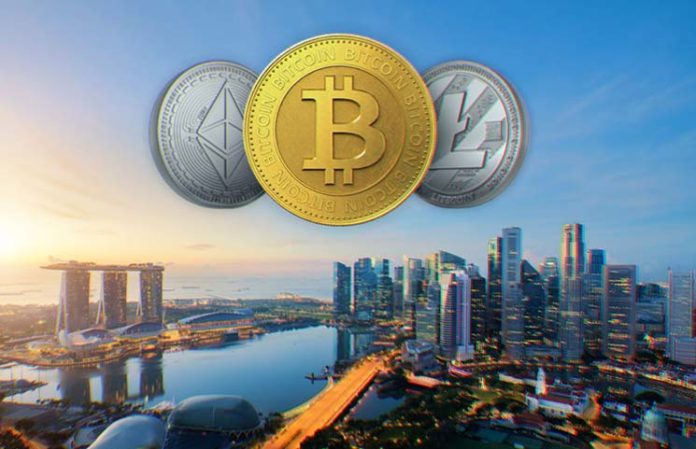 He says, “What we are trying to do is to bring the banks and cryptocurrency fintech startups together to see if there is some understanding they can reach.” It surely marks a start of something anew for cryptocurrency industry in regards to the banking institutions. The banking official says that the startup companies can receive simple banking services, with questions impending on what they exactly entail.

A CNN report on the same highlights how this course of action of Singapore is visibly in contrast to India’s take on cryptocurrency presently. India is at the brink of losing all its connections with the crypto industry as the new law by country’s central bank denies all the banking services to cryptocurrency firms, and the same applies for all the financial institutions and banks.

Moreover, the biggest blow came when one of the biggest cryptocurrency exchanges (according to ZebPay Review), Zebpay, was led to closure due to such actions. It looks like what might be a big opportunity for one is simply not a possibility for one country to even consider it beyond the laws of government.

It is surprising to see a clash of such sorts when it comes to the association of banking institutions and cryptocurrency sector. Even in the past, the banking official Menon was clear when their firm refused to side with decentralizing open cryptocurrencies, such as bitcoin, as they believed that bitcoin “isn’t risky enough to warrant regulation.”