Solana is considered the closest competitor to Ethereum, mainly because of its massive institutional banking and unparalleled speed. However, SOL has seen its fair share of network issues over the last few months, and SOL has fallen far from its all-time high.

This has left many wondering whether Solana’s sunny days are over. Solana raised around $25 Million across various ICOs between 2017 and 2020 and raised an additional $314 Million in 2021. Solana was launched in March 2020, but its blockchain is still in beta version.

Solana has a swift block time of 400 milliseconds, making it possible to process between 45,000 and 65,000 transactions per second. This makes Solana the fastest crypto on the market.

One of Solana’s most significant institutional supporters has been the FTX exchange, which uses Solana as its de-facto exchange chain and has poured millions of dollars into developing the Solana ecosystem.

Shortly after that update went live last December, the Solana blockchain was hit by another Distributed Denial of Service DDoS attack resulting in degraded performance. Another DDoS attack in September 2021 managed to bring its blockchain down for almost an entire day.

Solana’s rejection above the 100 DMA curve has resulted in a massive downfall of more than 50%. The subsequent lower volume and dipping prices could result in a loss of value to investors.

Will Solana be able to retrace from the negative trend or not? Find your answer and other critical price levels in our Solana price prediction here. 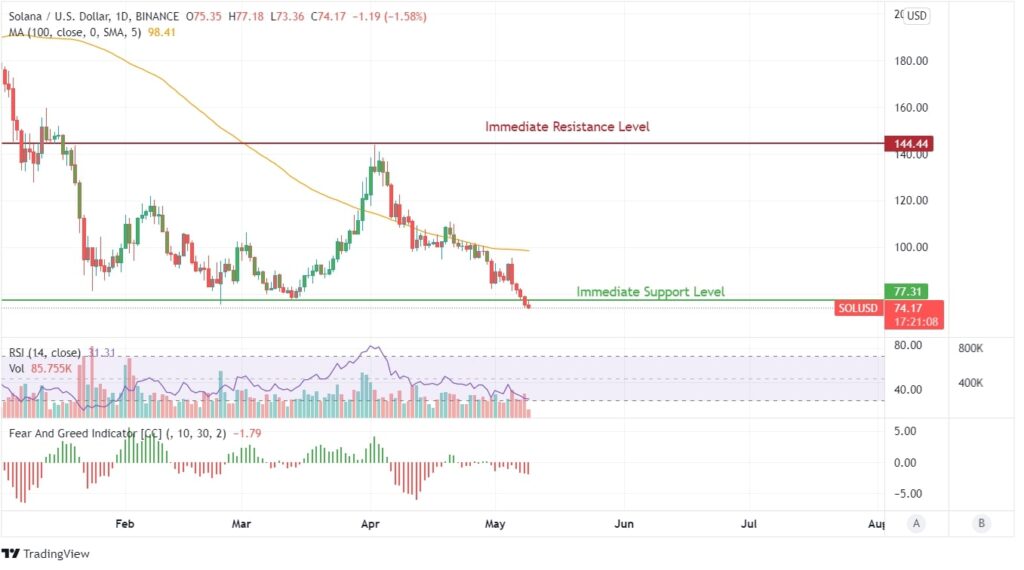 Solana blockchain is evolving, and it has repeatedly been referred to by financial giants such as JP Morgan and Bank of America as a growing blockchain network. Solana’s decreasing market price and touching new lows since its high of November 2021 results from the degrading performance caused by DDoS attacks.

Solana attempted a significant momentum from its last support of $77 in March 2022, but rejection has forced buyers to book profits and wait for better developments at SOL to re-enter. While SOL has gained a significant NFT share from ETH, the core performance of its network and ability to handle DDoS and similar attacks is pivotal for the continued success of this blockchain.

As prices are hitting fresh lows each day, the percentage of loss has been constrained to primarily single digits. Solana will have to surpass the 100 DMA curve currently trading near $100 to avoid further sell-off and subdue its negative sentiment. RSI has also hit the oversold zones, bringing a bullish view and buying potential for investors. 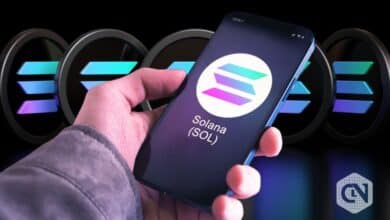 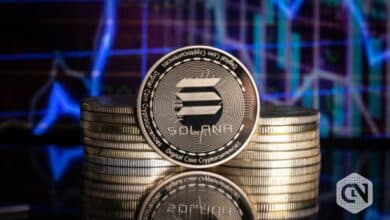 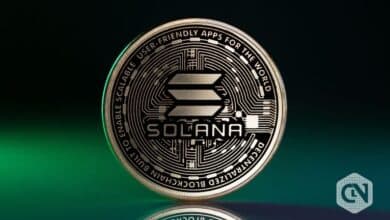 Solana (SOL) consolidates as confusion mounts on the price! 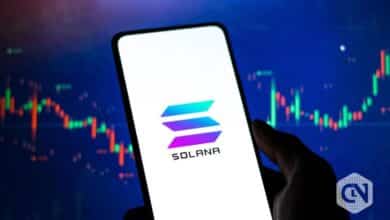 Solana jumps more than 40% in a week: What’s next for SOL?