Blockchain and online voting are finding their mutual ground to integrate a new platform for people to undergo online voting experience. Blockchain technology has undoubtedly paved ways for existing technology platform to instill a new sense of security and digitization that it offers to make the platform effective.

This year, in particular, brings out the details of blockchain technology and how its expertise can meet with the demands of the voting system to expand the horizons associated with E-voting. According to the latest reports, the news is from the South Korean government, reportedly testing out the outcomes of associating blockchain based voting platform before integrating the online voting process.

According to the reports from Korea Times, the voting system will be based on the distributed ledger technology and can soon make online voting a reality for the citizens of South Korea. The reports detail that the development of the projected platform should complete by December, which will then work at enhancing the effectiveness, security, and reliability of online voting services.

The blockchain based voting system is initiated for trials by the Ministry of Science and ICT and South Korea’s National Election Commission. According to Kim Jeong-won, Ministry of Science and ICT official, “We expect the blockchain-based voting system to enhance the reliability of voting. The ministry will continue to support the application of blockchain technology to actively utilize it in areas that require reliability.” 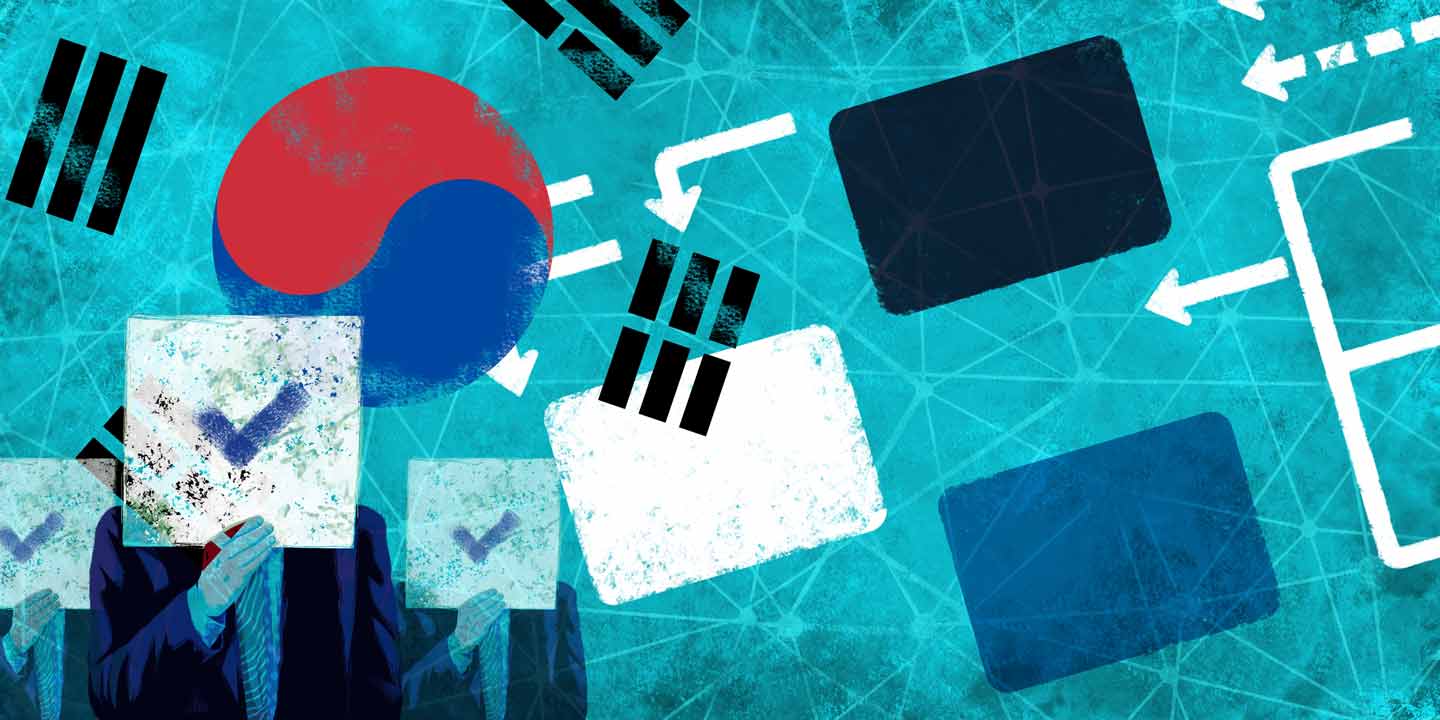 Once the trials for the intended voting system completes successfully, it will then integrate within South Korea’s online voting system called K-Voting. There are several advantages which are to be expected with a platform of such vast magnitude. One of these aims is to prevent the falsification of votes along with increasing the security and efficiency accompanying the online voting system protocols.

The plans of integrating the platform after the trials will be planned out by the officials and authorities of the Ministry and Government. They currently suggest that the new voting system will be applied “at all stages” of the online voting platform.

As we said earlier, the integration of blockchain technology with elections is not gearing the momentum for the first time now. Previously, a similar approach maintained by South Korea’s province named Gyeonggi-do, where they used the blockchain voting system for determining the community projects in budget allocation.

The initiative took place on a relatively small scale, but it generalized the practice of blockchain for elections and how it can revolutionize the current voting system around the globe. The trials of the Korean government can run successfully by the end of the year, and it can hopefully integrate itself with the voting platform on a much larger scale.

Previously, CryptoNewsZ reported a similar practice pulled by the West Virginia, where the government used the blockchain-based voting app particularly designed for the overseas military personnel, living outside the country, and gave them and their families a chance at assigning their votes through a mobile application.