According to a newly approved bill, the Spanish Government approved the anti-fraud law which will now require the cryptocurrency investors to declare all their holdings in digital assets as they hold, at home and overseas. The reports published by the local media news outlet confirming the release of anti-money laundering standards.

The Spanish minister, Maria Jesus Montero, announced on October 19 that new law regulation proposes that the Spanish citizens are now required to disclose their identity and all their cryptocurrency holdings clearly. Even the citizens who have their cryptos outside Spain are expected to report that holdings each year to the authorities of Spain.

According to ABC daily newspaper, Montero said, “It is stated as mandatory that people and companies inform the Tax Agency about this operation.” The new draft regulation was published and approved by the Spanish Council of Ministers led by Prime Minister Pedro Sanchez. 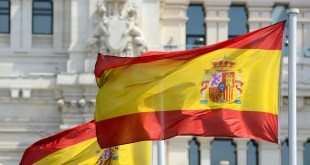 The proposed bill can then turn into law which will require the cryptocurrency investments to subject the 720 disclosure form of Spain. It is a regulation system with tax reporting feature that will target the citizen’s overseas investment.

According to Bloomberg reports, the draft law also suggests a stiff penalty in case of any inaccurate, false, fake, misleading or incomplete report when it comes to disclosing the personal holdings. The taxpayers can charge with $5,570 (€5,000) for each false statement in their reports.

One of the important things about Spain is that the government regulations related to cryptocurrencies have been transparent and detailed for the benefit of investors and the public. It is an important factor when it comes to gathering a trusting and co-operative public to expand the sentiment that the government shares.

The present scenario of regulations asks for cryptocurrency assets and transactions to be taxable under the legislation matters of individual’s personal income matters. But the issue on the finalized answer on whether the crypto mining will tax in the future is still unclear and might start taxing for it in upcoming draft regulations.