All those involved in the market of cryptocurrency are looking for a way to bring in more legitimacy, more validation for the popular currencies and also for this relatively new field. The recent patent acquired by Square takes the users and investors in this field one step closer to attaining this goal. This patent won by Square will see to it that Bitcoin will be an accepted mode of payment in the near future. However, not just Bitcoin, this patent lets several other cryptocurrencies be the mode of payment.

The permission regarding the same was given by the US Patent and Trademark Office, this has put in place a system that lets the merchants utilize digital currency as a mode of payment. With this system in place, it is possible for the various merchants to accept payments in both cryptocurrency and the traditional means. This system increases the alternatives available to both the merchant and the customer, while the customer can pay in the method he chooses, the merchant can also earn in terms of his own. This system will bring in a lot of flexibility in the economic sector.

Another factor that has seen to it that the functions of the merchants and the consumers in the client base of the square do not face any hassles is the reach of this company. It makes the lives of various consumers easier because the consumers do not have to go through the tedious procedure of manually exchanging cryptocurrency. The strength of Square is that it ensures that there is an increased convenience in the whole procedure for both merchants and the customers. A major concern in the market has been the speed at which the transactions involving Bitcoin are taking place. However, this patent also allows the POS system to remove the latency that has been the reason for the slow processes that have made Bitcoin unpopular. This will be accomplished by the transactions first recorded from the wallets and then recognizing the change in balances prior to the writing in the blockchain. Another method by which the issue of latency could be sorted out is by recording the transactions in the ledger rather than on the blockchain.

According to the CEO of the company, Jack Dorsey, it is about time that there comes into being a cryptocurrency that will be “native” of the internet. However, it is not clear as to which will be this native currency, even though Dorsey said that he hopes that this currency is Bitcoin.

There are still a lot of questions surrounding the issue of how the plans stated in the patent will be executed; however, it can be believed that there is hope that it will turn out to be in the favor of Bitcoin considering that there is a lot of support for cryptocurrency within the administration of the company.

Reserve Bank of India: Concerned about the reactions to its take on digital currency

Bitmain has “potential”: says the research even as the Bitcoin mining giant suffers from severe losses 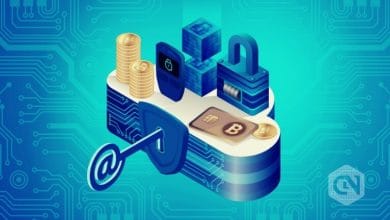