Square, Inc. is a mobile payment company based in San Francisco, California. The company markets software and hardware payments products and has expanded into business services. Square Crypto the division of parent company Square, Inc. is a payments solutions provider and focuses on open source Bitcoin development.

Jack Dorsey, CEO of the Square, Inc. foresees a bullish vehement regarding the acceptance of Bitcoins and the urge to conceptualize Bitcoin as a utopia invigorates the formation of this new team which will be headed by Steve Lee, a former director at Google and Matt Corallo as the first development engineer.

Jack Dorsey shares that it had been a strong calling, the acceptance of which led to the creation of this new team. The teaming up is with a purpose and Square Crypto is a host this open-source initiative, which is independent of business objectives.

Objective highlights of the open-source endeavor:

It looks forward to the development of Bitcoin to its utopian level, with underlying goals such as individual economic empowerment, crypto community development. The project is open-sourced cause the resulting work will be transparent and accessible. On a lighter side, it is a gratuitous movement by the company channelized to society. Social endeavor rides on its back a more accessible global financial system for the internet, which is in line with the broader interest of the company.

Matt Corallo on board?

Corallo is one of the most highly respected and a terrific Bitcoin developer in the world, making important contributions since 2011. He is also a co-founder of Blockstream, after leaving Blockstream, he moved to Chaincode Labs, the stated mission of which was to support and develop Bitcoin and other peer-to-peer decentralized systems.

The sound introduction is satiable enough to reason out his presence on the board, but not very pleasing. Corallo bears another feather in his hat. Corallo’s notable efficiency improvements such as the rust-lightning implementation, which makes it easier for users to build and interact with layers of the bitcoin network is one such reason. His profound experience a ‘bitcoin-dev’ encompasses projects from Core to Bitcoin, Fibre, BetterHash, and open-source initiative like Signal. Corallo’s take on Bitcoin development is bullish and he is all set to work with a team which addresses bigger problems actualizing widespread talent bases, embarking a user-friendly experience for the Bitcoin users.

Square crypto’s smart move is discursive thought, optimistic on the other side. As the former visualizes that the expertise, would bring in, Bitcoin engineering and the broader ecosystem of new devs to the team, which prepares the latter with a firm foundation and will accelerate the adoption of Bitcoin on a massive scale.

Bitcoin Competing with the US Banking System 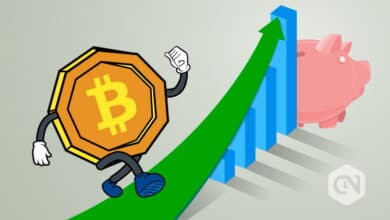