Steem has got it right from the beginning. The idea of connecting users by paying them for publishing as well as absorbing content is not only brilliant but also revolutionary. It shifts the focus & power from publishing houses to the end user and makes them an important cog in sharing profits from the overall content distribution process. The blockchain based platform has several users registered with them and posting on it regularly. Through Steemit platform, the company is rewarding everyone who has something to share in the form of newly created or curated content. This strategy is, in fact, becoming popular within the community and garnering a popular vote. Since its inception in 2016, the team has followed a focused approach to move upward consistently and remain progressive with each development. 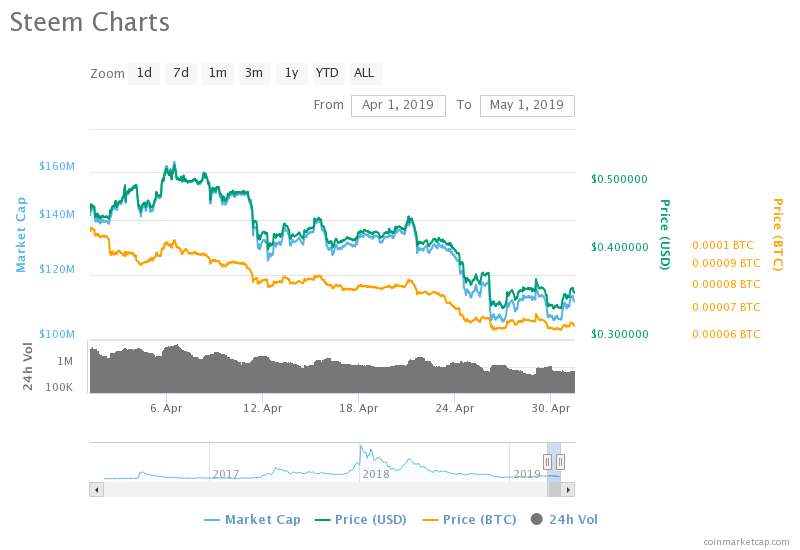 The company promotes the mantra of ‘Blockchain meets Community’ and is seen posting aggressively about its new projects, tie-ups or even new idea to establish a connection with the community. The vox populi gives thumbs up to the crypto. The company is encouraging users to link their Instagram posts with Steem network and earn some Steem in the process. The company is striking the right note with its supporters by digging deep about their interest areas and making collaborations accordingly; for instance; it is seen supporting gaming developers and players quite often. With the increasing popularity and usability, we can expect the price of the coin to reach 1 USD by 2019 end and can rise as much as 10 USD in the next 2 years.

Will Ripple (XRP) Rebound In The Next Quarter Putting A Halt To The Bearish Trend?