STEEM is a blockchain network that hosts Steemit’s social and blogging sites. Steem’s network aims at introducing the blockchain to social media. It plans on expanding and decentralizing the social network by transferring revenue from the advertisers to the users. The users earn rewards for posting contents, depending on the quantity and quality of the content. Corporates utilize this platform to advertise their content and earn from it simultaneously. Also, rewards are given to the users for voting and commenting on certain blogs and articles. The number of Steem coins grows by 100% every year. Hence there is no limit for the quantity. It can be purchased using Fiat currencies from major exchanges. There are two other digital currencies in the network apart from STEEM – Steem Power and Steem Dollars. 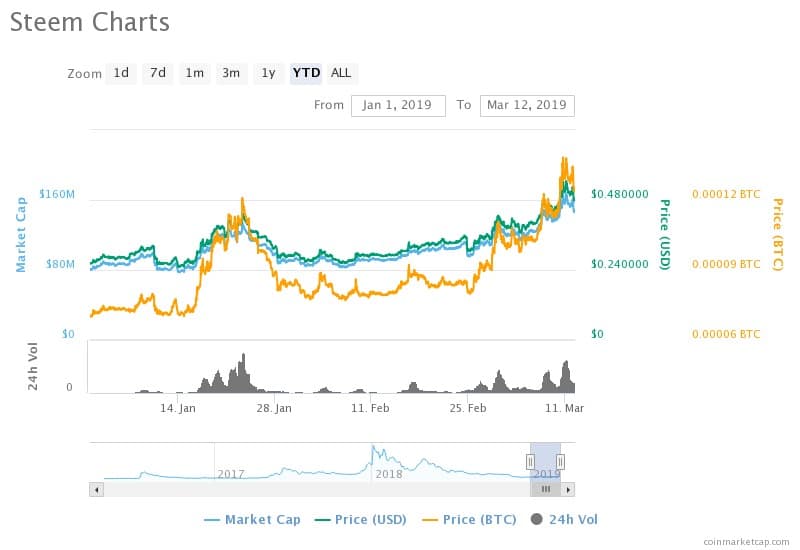 The 14-day Moving Average of this digital currency also exhibits an uptrend with Mcap value increasing from $111,974,274 on February 26 to the current value by 32.30%. With both the percentages of the moving averages rising and the bullish market, traders can invest in this cryptocurrency to keep the market uptrend and be the receiver of good profits in the future. Since, the market balance rests in favor of strong buy, a long term investment by the investors on this cryptocurrency would be returning higher benefits for a long time in the future.