The Stellar network is a blockchain based distributed ledger network which connects financial sectors, payment systems and people which facilitates low-cost cross-asset transfers of value. Stellar’s cryptocurrency is called Lumens and id denoted with symbol XLM. Stellar is operated by a non-profit organization and was introduced as a cross border transfer and payment system that connects financial entities. This network reduces transaction costs and time lags significantly. Each transaction is charged a standard fee of 0.00001 lumens. Its primary focus is on developing economies in remittances and bank loans especially for those who are outside the scope of banking services. 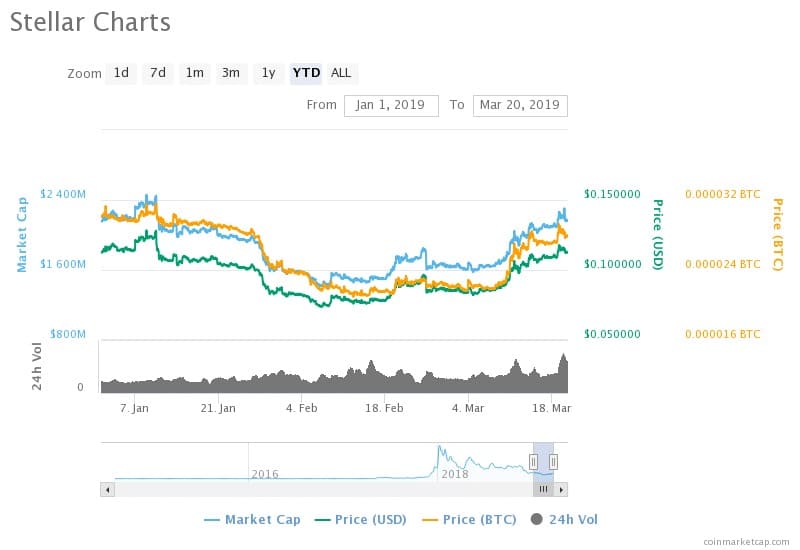 The 14-day average is also in sync with a rise of 31.99% in the MCap value of USD 1,646,221,287 from March 06 at 23:39 UTC. Since the moving averages are on an uptrend currently and their percentage differences are significant, the bulls have the upper hand. These results show that the market balance is tilted in favor of buyers both long term and short term. Hence, as per Stellar Forecast, investors and traders should move forward with their investments to earn huge benefits. The stability in the increasing trend will work beneficially in terms of profit.

XLM Retraces After Breaching Its Immediate Resistance of $0.40

XLM: Is It Possible to Cross the $1 Psychological Barrier?