Even though India has imposed almost an absolute ban over cryptocurrencies in India, it has not been preventing the citizens from cryptocurrency scams. In fact, an unclear approach towards digital currency has generated more cases of crypto scams. The restrictions in India over cryptos are not reaching to the local fraudsters and con artists.

The recent crypto scam which has come into the light is a bit unique one. The scam has been conducted in the name of a very popular Indian TV show ‘Kaun Banega Crorepati’ (KBC) featured in the film ‘Slumdog Millionaire.’ The concept of the show is much similar to the American television show “Who Wants to Be A Millionaire.” Notably, KBC was hosted by Amitabh Bachchan, the hugest celebrity in the country. The popular show’s name was used to lure the investors in the fraudulent scheme.

The scam was carried out by a local resident Pritam Patil, who has been arrested by the Mumbai police. Reportedly, around 12 investors have been impacted by the crypto scam. Patil made the investors put their money in his initial coin offering (ICO) for the KBC Coin. He also promised desirable returns over investment. He presumed at the time that the KBC Coin cryptocurrency will reach to $1 from $0.0056 by March 2018. Apparently, The KBC Coin ICO scam must have started at the end of 2017 when the cryptos were surging high. 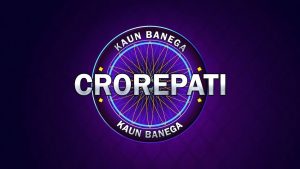 The FIR of the scam was filed by one of the victims Nanasaheb Patil last week. His complaint explained that Pritam Patil and his partner named Pintu Bajaj kept visiting Nanasaheb’s office again and again for months for the ICO scam. Nanasaheb Patil and 11 other members from the victim’s company invested in KBC Coin in cash, by the time. KBC Coin ICO did not have any registration documents or other paperwork for validation, still, the victim investors were convinced with the fraudulent scheme.

Later, the name KBC Coin changed to the AFC Mint coin, and the website got closed by September last year. When Pritam Patil was asked about returns, he said that their business had been terminated and so that, the investors will not get any refunds or returns on their investment. Now, there is no website related to KBC Coin, but a Youtube video is available to warn people against this scam.

Indian authorities have not clearly defined any regulations for cryptocurrency and its uses. In this case, to prevent people and their hard earned money from such scammers, some sort of guidance must be provided to investors. Basic knowledge about digital currency will refrain the investors from slipping into tempting and fake schemes.

Litecoin Is Expected To Rise