The Winklevoss Twins, Cameron, and Tyler Winklevoss, have been quite popular since their college days. They first built HarvardConnection (ConnectU), and since then, they have managed to stay in the news, even though if not for good reasons.

The twins shot to fame during their legal feud with Facebook, and the way it was portrayed made them look, villains. However, the negative publicity never discouraged them, and they continued taking big decisions. One such popular decisions came in 2012 when Bitcoin was touted as the next big thing. The twins bought 1% of the total Bitcoins in circulation at the time, and the rest is history.

Ironically, Facebook, too, is all set to step in the digital currency space. And the twins, once again, are already in it. However, the twins don’t seem to be worried about their bitter rival, Mark Zuckerberg, entering the space in a recent interview, they were asked about Facebook’s foray into cryptocurrencies, and whether it was copying them. The brothers replied,

We haven’t seen what exactly what their doing, but we aren’t worried. The pie is big enough and is quite different from other markets. At this point in time, we need to be ‘friendimies’.

Bitcoin is the apex cryptocurrency, and more often than not, it is the trendsetter for the entire market. When BTC price rises, market flourishes, and when it falls, market crumbles down. The amount of Bitcoins held by the Winklevoss Twins gives them an edge in the industry over their old rival; however, Facebook’s user base is a goldmine.

After they realized the potential of Bitcoin, the twins launched a regulated cryptocurrency exchange called Gemini, in 2014. Since then, the Winklevoss Twins have taken serious efforts in establishing themselves as a force to reckon with in the crypto space. They also launched the native token for the Gemini platform, the Gemini Dollar (GUSD), a stablecoin backed by the US Dollar.

Their journey in the crypto space, however, has been marred by several controversies too. For instance, Gemini, along with many other crypto exchanges, was accused of manipulating trade volumes in 2017, to up Bitcoin prices. Also, earlier in February this year, an anonymous account holder of Gemini from South America accused that the crypto exchange abruptly closed his account when he informed them that he wanted to redeem his GUSD worth a few million dollars. Gemini maintained that the account under review, which determined that it must be closed. On the flip side, many experts viewed this as malpractice by the exchange to maintain the value of GUSD.

Currently, the twins are more focused on developing their platform, by which they aim to expand the reach of Bitcoin, which will be extremely beneficial for their own cause. But  Zuckerberg’s entry in the space, no matter how much they deny, will definitely give them some insecurity, given the fact how Facebook swept ConnectU, and how the social networking giant has been acting like a shark, eating all the small fishes in whichever territory it enters.

Blockchain and Crypto Popularity in iGaming is Increasing 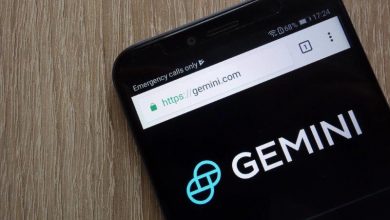