One of the blockchain-based supply companies called DexFreight recently completed its first truckload shipment using the bitcoin smart contract. The blockchain startup is working at creating a freight transportation system along with Rootstock (RSK).

According to the press release on the new success, the first shipment was conducted with frozen goods using the bitcoin blockchain rather than commonly used ethereum. The shipment was from Medley to Sunrise, Florida and was one of the DexFreight’s smart contract projects.

They reported a successful delivery with automated payment from the carrier, Arel Trucking. The details were explained in the press release on the same, where the company reported, “For this first truckload shipment, DexFreight partnered with Netuno USA, one of the fastest growing seafood wholesalers, Arel Trucking, Inc., an asset-based motor carrier with over 180 trucks, and RSK, the first smart contract platform secured by Bitcoin.”

The main part of the statement was announced later which is the major feature for trucking and shipment industry. It says, “Funds for the transaction were held in escrow by the smart contract on the integrated RSK platform and were automatically released to the carrier upon delivery.”

Both the statements show that the carriers interested in the integration of technology can get a reliable payment and the shipment was very much transparent and competitive as well. Even though there might not be too many prospective shippers in the market, but the number of willing businesses to compete with the new changes are many. 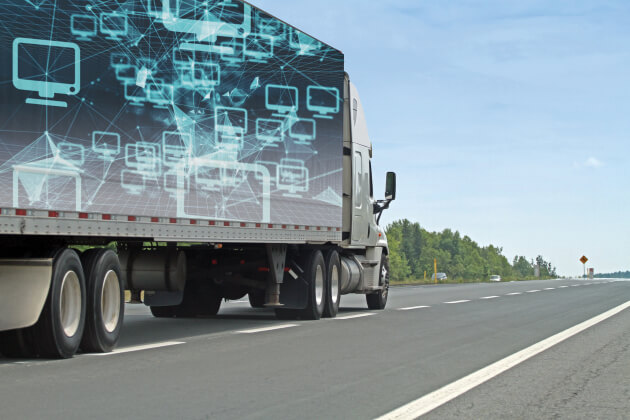 The reason behind this can be the merit-based system which showcases real-time analysis regarding estimated delivery time and potential damages which could give every company an equal chance to compete with the business integration.

Some smaller units and businesses can’t afford to wait for months for receiving payments for their contracts, and with bitcoin blockchain, they don’t need to. The process of bidding is now much easier and realistically simple, probably simple as sending a mail, claims the company.

Robert Julia, CEO of Arel Trucking commented on the new success of shipping industry and says, “DexFreight solves the issue of false documentation by making our transactions with shippers completely transparent, and so we can get paid for the service we provided. This technology is the way of the future for the whole trucking industry.”

It is discovered that a bitcoin blockchain and other such technologies involving immutable ledger there are various possibilities for the industry that works with the tracking and shipment of the goods. The main benefits that the trucking companies receive are because of the transparency that comes with using an immutable ledger.

Now, a successful shipment can set a way for other companies who are planning for the commonly-used Ethereum blockchains. They can see an alternative with the use of bitcoin and how it can help pave a new way in the different sectors, especially the shipping industry.

Things to Know About the X12Coin

Cryptocurrency is Illegal: President of India's Major IT Body