Augur (REP) is an open-sourced, decentralized, peer-to-peer prediction market platform. It gives decentralized access to individual participants around the globe, to predict the outcome of specific events and benefits from them. Built on Ethereumblockchain, Augur focuses on obtaining a very high precise prediction market based on “Wisdom of the crowd” concept. It believes that average predictions of a group of people would be more accurate than a selected group of experts. People spend their own money in the form of REPutation (REP) tokens, to back their predictions. However, participants are rewarded with incentives for their reports and predictions. In this market, people bet on various events such as – company performance, election results or even natural phenomena. They purchase shares that either support or oppose these specified events.

Augur’s native token, REP, is used for various operations within the platform. It is used as the mode of payment for creating a new betting market, while also being used to payout oracles for the outcomes. ETH supervises trading activity on Augur platform. A user does not have to pay any REP to participate in the Augur betting marketplace. 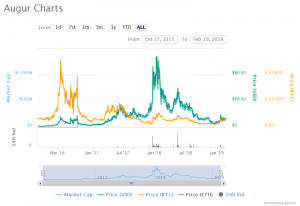 The 35th largest cryptocurrency, according to Coinmarkcap – Augur, its current market cap value is 147,811,347 USD at 16:49 UTC on 19 February 2019 slashed in current value by 28% relative to the level of January 20. The MCap value dipped by 44.27% on January 28 to 122,098,393 USD. Since then the values have been on minor ups and downs. The market stability with the MCap values has been unpredictable with Augur.  The major cause for the decline in value is, of course, the competitive pressure, the bearish moments and a large percentage of the market ends up being illiquid because if the missing counterparties. The circulating supply, 11,000,000 REP equals the total supply.

Compared to the current rate, data show that Augur’s previous year was comparatively prosperous. The market cap value was at its peak, so was the DASH/USD pair’s value. But the values went downtrend month after month. It has not been wholly stabilized yet. The Augur/USD value shot up from 8.25 USD on January 14 to 19.92 on January 20, which is a massive percentage raise in a short period of 6 days, which is a milestone for this digital currency.

Based on the analysis by coinMarketCap, Augur’s market cap traded for $147,811,347 and its corresponding price per USD and BTC is 13.44 and 0.00371503 respectively at 16:49 UTC. Its 24h volume value at that hour was 5,517,500 USD. Pricing and Market cap value data show that, though the USD, BTC, and MCap values have been drifting, MCap has taken the lead in recovering and has been holding a sturdy value more than USD and BTCever since. Comparison between the MCap and USD exhibits a steady devaluation of USD. The gradual increase in the values tailgates MCap. BTC’s values have been linear from November 14 to January 15, after which, it started to ascend. The values have been ranging between a high of 0.002 and a low of 0.005.

The 20-day EMA has been with minor variations with the current value slightly lesser than the price on January 25 – a 3.66 percentage decrease. Hence, the market has fallen in favor of the sellers. Investors will have to explore and contribute to have the upper hand for themselves and to increase the value of the cryptocurrency.

Now, Bitcoin Can Get You Domino’s Pizza

Here is All About Komodo, Inside-out 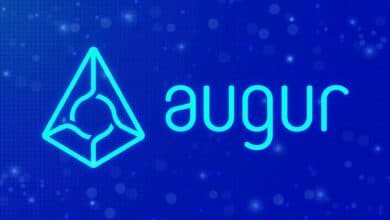 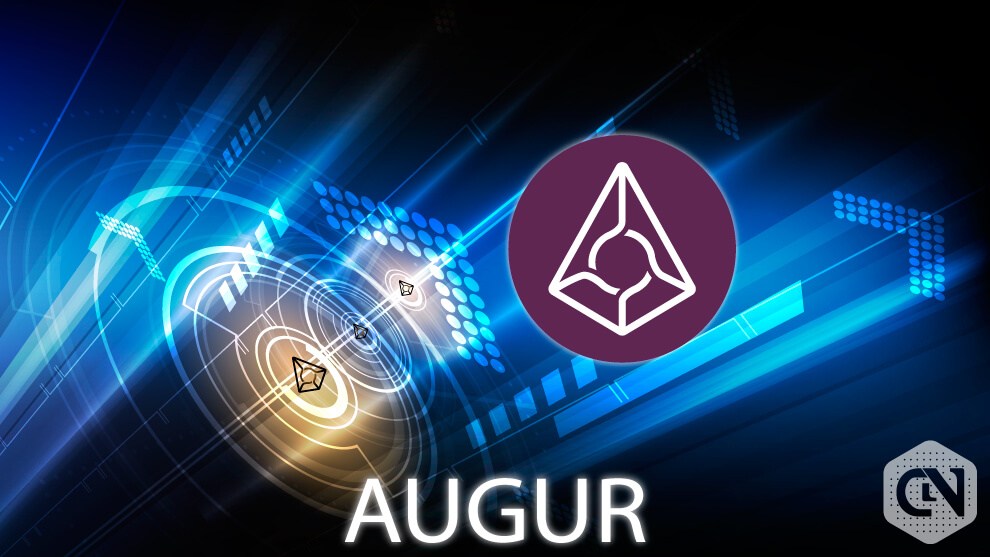 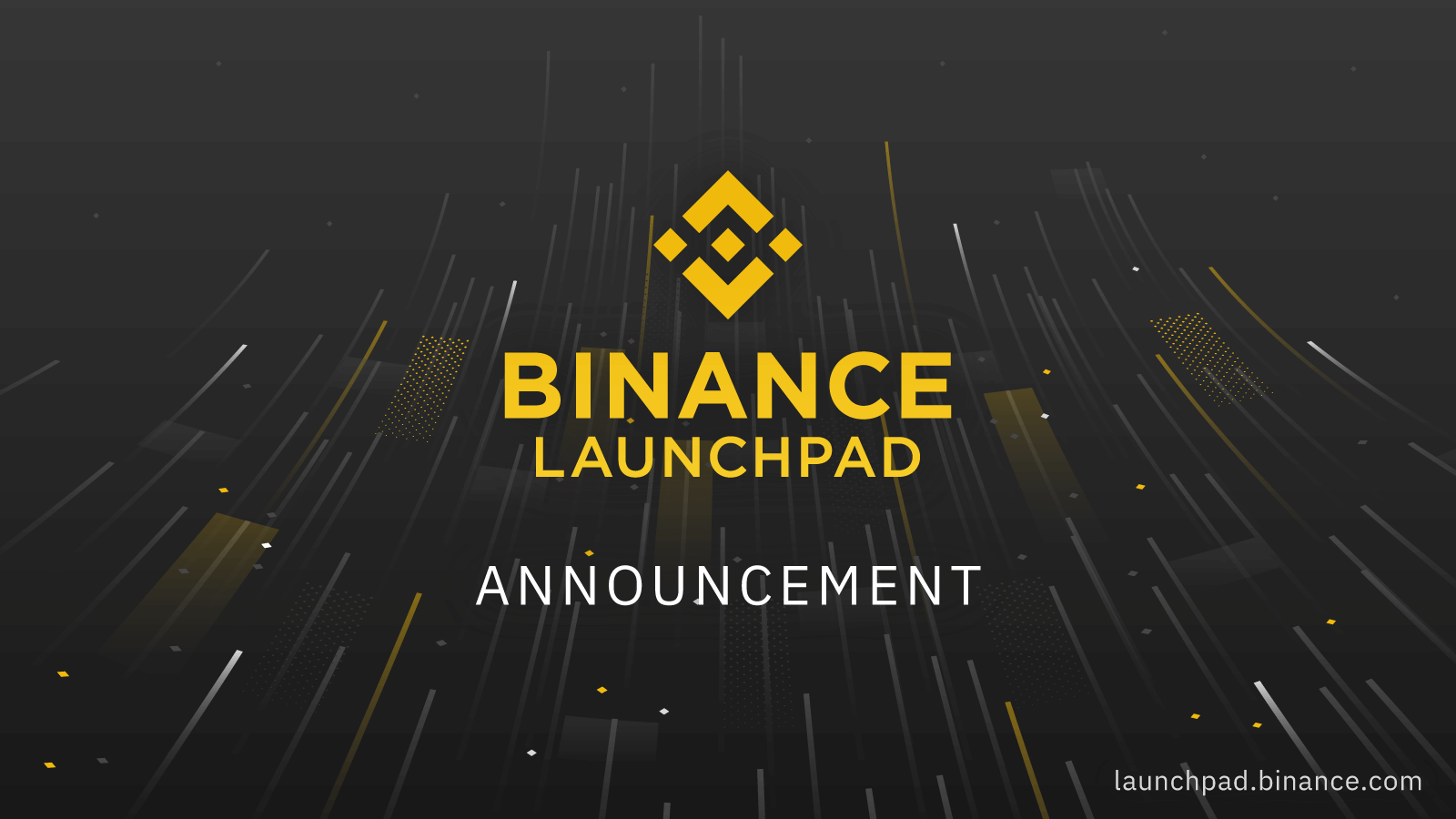 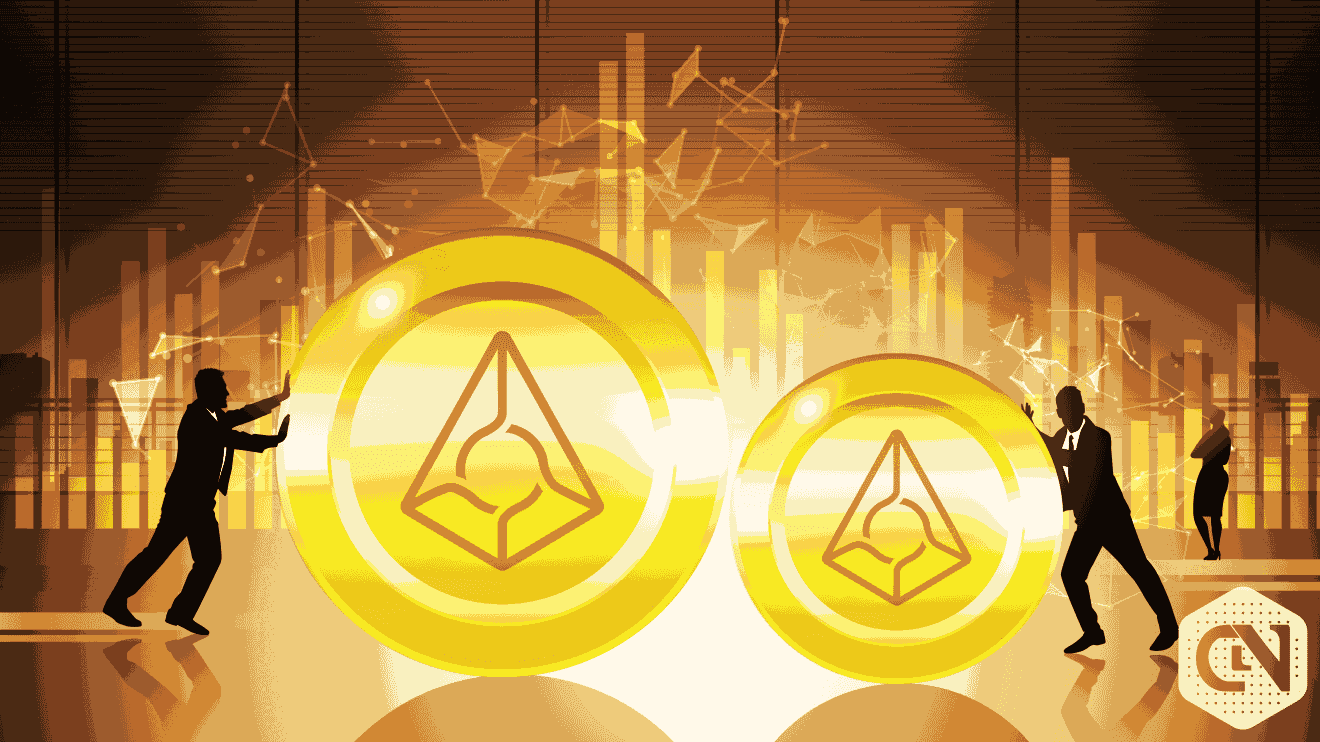