IOTA is built to empower a shared economy. It uses Directed Acrylic Graph (DAG) to enable transactions between machines in the IoT (Internet of Things) environment. Unlike Blockchain, the system uses Tangle technology for faster transactions, scalability in a fee less secure platform. Being a distributed ledger, the system does not give control to a single authority but multiple nodes resulting in speedy processes and hence addresses one of the key challenges faced by blockchain based platforms. The system also makes the concept of third party interference to control the transactions totally futile and hence ensures full security & privacy in each transfer. This also enables the users to have full control over their assets and money & decide the trajectory through their analysis. Tangle is expected to take IOTA to newer avenues and make the path clearer and journey faster. 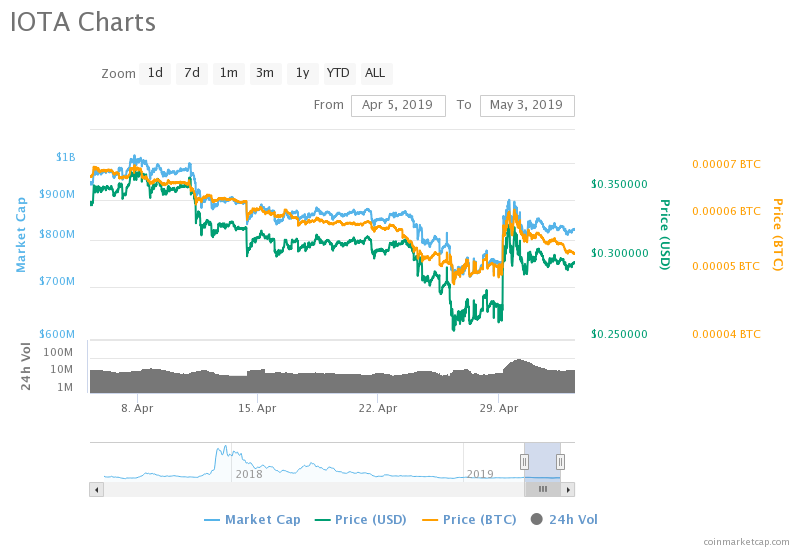 Not being Blockchain based is the trump card which has taken IOTA on a growth curve. IOTA team has been seen partnering with various automobile giants to up its game in the crypto coin market and very recently it has partnered with Austin Transportation to develop an interoperable ecosystem. The company has also partnered with Jaguar Land Rover to introduce a reward system for sending live traffic updates and road conditions.  The news has heavily contributed to the growth of the crypto and may result in putting a halt to the decreasing prices. In April, IOTA has collaborated with Evrythng (an IoT firm) to provide better transparency and authenticity in the maintaining supply chains of consumer goods. In past, the company had partnered with Porsche as well. All in all, it looks good for MIOTA so far and the prices can surge to over 1 USD by the end of 2019. As per IOTA Prediction, we foretell that in the next 5 years, the prices can soar as much as 100 USD if the firm continues with its strategic partnerships and makes significant contributions to the overall growth of the market.