Tata Consultancy Services, the leading software technology giant based in India, has announced that it will be acting as a Gold Sponsor at the highly anticipated crypto event, the Blockchain Expo 2020. The biggest names from the crypto community will grace the stage of the Blockchain Expo, which is scheduled to be held on March 17, 2020, to March 18, 2020, in London. The world-class event will be the fifth edition of the highly acclaimed crypto gathering.

According to the official reports, the prestigious event will showcase the most path-breaking technologies from over 300 exhibitors covering core areas such as blockchain, IoT, 5G, cybersecurity and cloud, AI, and Big Data. With more than 9,000 attendees, the Blockchain Expo is likely to become one of the most successful events in the crypto arena. The elite personalities who are likely to share their innovative ideas during the event will include CTOs, Heads of Innovation and Technology, IT Directors, Developers, Investors, Technology Providers, and many others. The event attendees will be able to enrich themselves by immersing in a series of events during the Expo, such as keynote speeches, informative panel discussions, solution-based case studies, etc.

As cryptocurrencies and blockchain technology strengthened their roots in an array of industrial domains, the biggest global firms started investing their funds in the new-age technology. TCS has been quite actively participating in the expansion and proliferation of blockchain technology. During the Blockchain Expo, TCS will unveil Quartz Blockchain Solution. The suite consists of Smart Solutions, named Quartz DevKit, Quartz Gateway, Quartz Command Center, that are designed specifically for blockchain business offerings for industrial adoption.

The Quartz DevKit is an efficient development kit that allows enterprises to build and execute blockchain applications on blockchain networks. The Quartz Gateway helps the firms to infuse their existing solutions with blockchain technology while the Quartz Command Center helps in the administration of the complete network ecosystem.

Recently, TCS announced that it had powered the world’s first cross-border securities settlement between two central depositories in association with the Quartz blockchain network. It was earlier reported that TCS has teamed up with tech leader Microsoft and renowned enterprise blockchain software firm, R3, to carry out strategic initiatives for mass crypto adoption. Also, with a view to enhancing the security and privacy standards of Quartz Blockchain solution, TCS joined hands with a leading global firm, Intel. The two firms came together to integrate Intel’s Software Guard Extensions technology with the Quartz blockchain to achieve the ultimate goal.

By promoting the Quartz blockchain solution at the global stage of the Blockchain Expo London, TCS is likely to pave the way for the success of its highly anticipated blockchain project. 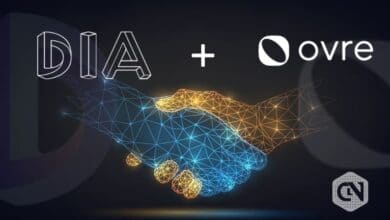