Replicating the success that a mobile game enjoys in one market can be tough when the game is offered to a global audience, and that is what Tencent Holding found out with the failure of the mega-hit mobile game ‘Honour of Kings.’ Before making the game available at a global level, the game in questions was the company’s biggest earner, and when the executives decided to open it up to more users, they must have been confident about the success of ‘Honour of Kings.’ The role-playing game, which can be played by multiple players proved to be a huge success in China as the number of daily active users rose to a staggering 55 million at one point.

As a matter of fact, the game was grossing $145 million a month, and it was perhaps a logical move to take the game global ly. It was rebranded as ‘Arena of Valor’ for its launch in North America and Europe. However, the game proved to be a failure in those markets, and Tencent has now decided to cut its losses by disbanding the marketing teams in those geographies. The number of daily active users is only 150,000 in North America and 100,000 in Europe, which is why the company has now decided to let the game die a natural death, without devoting resources towards marketing it anymore.

The company has now decided to completely revamp its strategy when it comes to the global expansion of existing products, and it is believed that they are trying to tailor their products that will acknowledge the difference in tastes across markets into consideration. A gaming analyst at IHS Markit stated,

Tencent lacked distribution channels and experience in user demographics, so they did not know how to compete.

The colossal failure of the game to make headway into such lucrative markets must come as a shock for Tencent which are trying to take some of its other highly popular products outside China. The WeChat messenger service is all set to be launched abroad, and it remains to be seen what approach Tencent take when they launch the service. 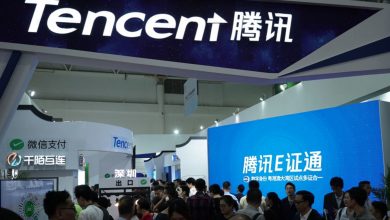