Celebrities are partnering up with Global Crypto Offering Exchange (GCOX) to release their own personalized crypto tokens this year. Our previous reports already covered the potential launches of boxing legend Manny Pacquiao, English footballer Michael Owen and the popular singer Jason Derulo, each of them signing deals with GCOX for their own crypto tokens.

The latest name to join this list is the 2nd ranked professional tennis star, Caroline Wozniacki who has partnered up with the Singapore-based firm GCOX to launch her personalized cryptocurrency token. It will also be the first female athlete cryptocurrency launch as the reports from the company suggest. The company has already partnered up with some of the big names in the industry, and they managed to bring Wozniacki in the trend too.

The ceremony of singing the deal held by GCOX and Wozniacki where they publicly announced their plans with the tennis star and how they will launch the token in a short future. As the reports from Reuters suggests, Wozniacki was excited about the projects and said, “To be the first female athlete to have her token is really cool… I am looking forward to expanding that before other people start getting into it.”

We agree with her as this is quite a trend right now among the celebrities who are looking forward at expanding their status by indulging in crypto or putting it more specifically, launch their personalized cryptocurrency tokens. GCOX was the one who came up with this idea and officially declared plans on how involved in such crypto feature could help the celebrities as well. 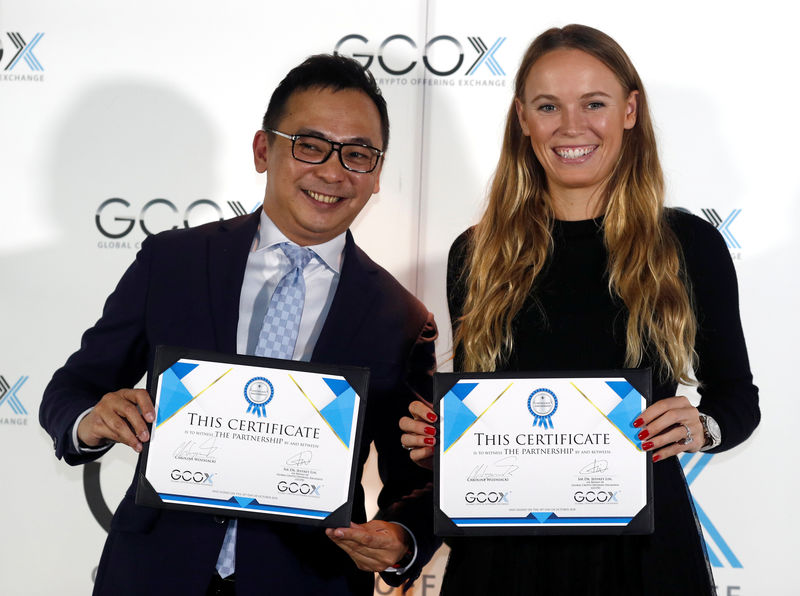 Time is of the essence here and this year has been one of the best for the tennis star as she received her first Grand Slam at the Australian Open this January. It might be one of the best times for her to reveal such plans and excite her fans, even more, to buy and use the celebrity-sponsored crypto tokens once they launch.

GCOX is planning on launching the first-even celebrity token in the first quarter of the coming year. Some of the private investors of the firm are Pacquiao, Owen and an Abu Dhabi royalty Sheikh Khaled. The team of the company will soon launch these celeb crypto tokens which will specialize for the listed names.

The tokens will work at giving access to the buyers for buying celebrity merchandise and scoring interactions with their favorite celebs. The proceedings from the sale of these tokens will reach the celebrity as well. But there is still a catch – to buy the specialized tokens, one has to buy the GCOX’s own token ACM that has started the sale not long ago.