Elon Musk, who has always favored Dogecoin ever since its existence, made an important announcement regarding the sale of majority holdings. He said that there is too much concentration of the coins amongst its holders, and due to this if the holders decide to sell off the majority of their holdings, they will get his support. He also clarified in a subsequent tweet that if the major Dogecoin holders “void their accounts,” he will pay them the amount.

Elon Musk calls Dogecoin his “fav” cryptocurrency and frequently tweets about Dogecoin, which contributed to its rising popularity that was once tagged as a “joke cryptocurrency.”  Now, Dogecoin has become the 12th largest cryptocurrency with a market capitalization of $8 billion.

Musk’s frequent tweets in praise of Dogecoin stirred the recent frenzy in retail investment, thereby skyrocketing Dogecoin prices to its all-time high. He said that he bought Dogecoin for his son so that he can also become a toddler holder of his favorite cryptocurrency. Dogecoin has become the obsessions of retail investors this year, surging to an all-time high of 8.4 % last Monday. With the price up a blistering 600% since January, developers who had long abandoned the coin calling it a meme-coin, are back on track and planning to invest in the crypto coin. Check here the detailed Dogecoin prediction for upcoming years.

Elon Musk thinks that the currency is underestimated, and therefore he calls out to the lead maintainer of Dogecoin, Ross Nicoll, to update the software to keep the currency operational.  Meanwhile, Ross, with other renowned developers, will be launching a major release to address Dogecoin’s security and scalability issues.

According to Nicoll, they will always prioritize security for updating the software. However, development won’t be lagged, though, but they would be looking for security and scalability issues to ensure that the software is kept up-to-date.

MoneyNext’s Blockchain Summit is Back! 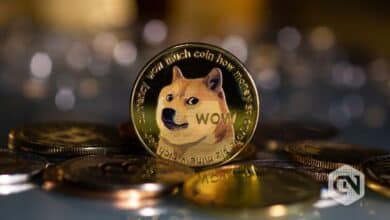