With a massive run of 45% in just a week, XTZ has become a flashing cryptocurrency for investors, who are considering it as the next big thing in the crypto world. Tezos cryptocurrency has a current market capitalization of $4.8 billion and ranks in the 30th position among the top cryptocurrencies.

The only other cryptocurrency with similarly strong price momentum and increased volumes is Solana, which has paved the way for Tezos to become one of the top cryptocurrency technology in the years to come.

Tezos deals with the protocol development issue with leading cryptocurrencies like Bitcoin and Ethereum by self amending voting systems to modify their protocols. This is done using a traditional voting method which allows holders of XTZ to accept changes and modify the blockchain without depending on a complicated process for changing protocols.

XTZ aims to drive a permissionless transaction network using smart contracts. It can facilitate up to 40 transactions per second. Since its Granada upgrade, the block transaction speed has been decreased to 30 seconds. Investor’s belief in XTZ’s potential to create a truly decentralized cryptocurrency blockchain network without the risk of the forks is something that can propel this crypto even higher.

With an outperforming stance and increasing trading volumes on leading trading platforms such as Binance, XTZ has made a volumetric history. Over the last week, the volumes on XTZ are five to ten times the volumes in individual days over the past two months. 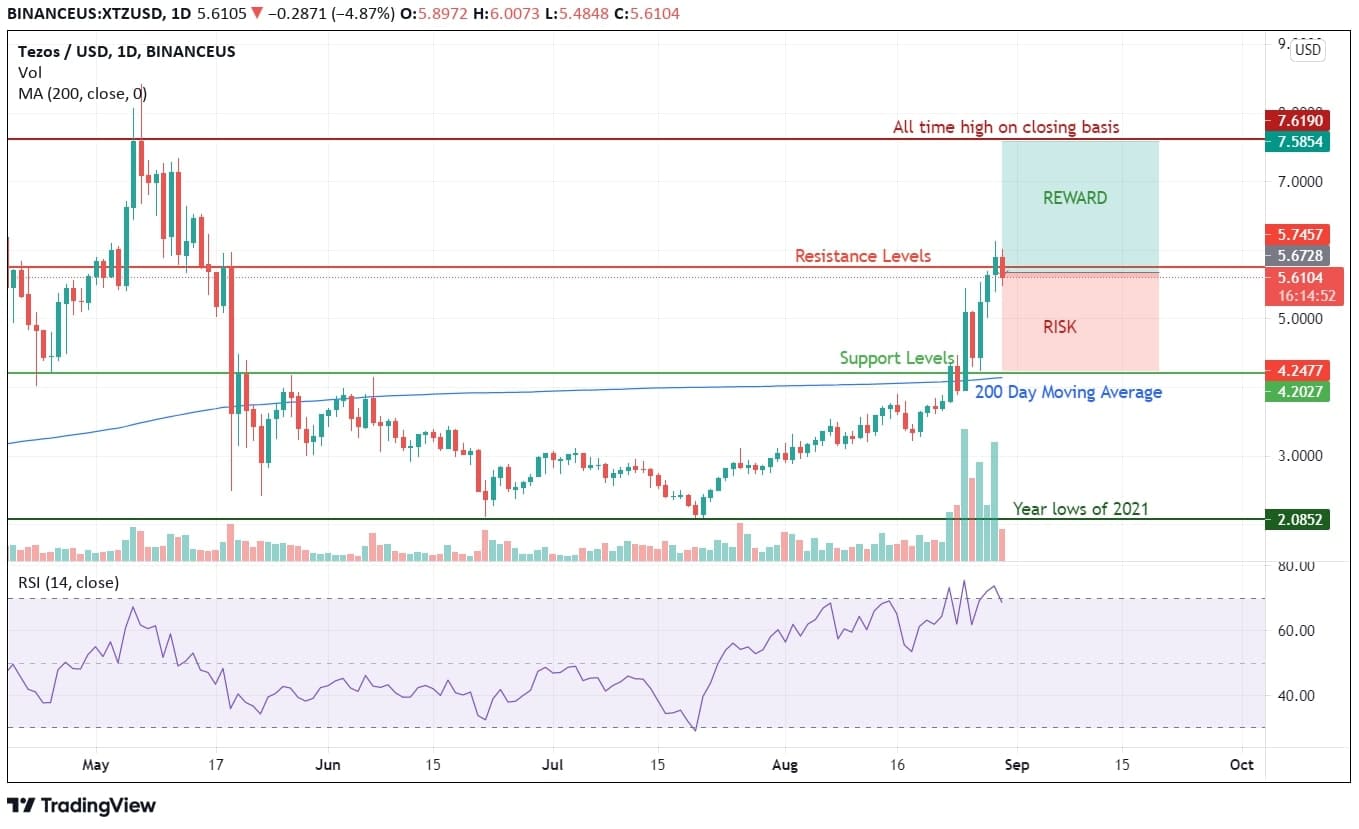 XTZ took a huge breakout from its 200 DMA, which has now turned into strong support. The 200 DMA at present is active at $4.14 levels. While other cryptocurrencies are reeling under profit booking or resistances, XTZ has made it clear that there will be no resistance able to stop its momentum. Risk to reward at current price levels is in favor of buyers, as it carries a risk of 30% downfall to strong demand and buying levels.

On the upside, buyers can make up to 50% within the next month if the buying sentiment on XTZ maintains this increased traction. The immediate resistance at $5.65 levels will be converted into a support level if XTZ maintains a consolidation and holds the level.

The all-time high of $8.41 levels seems achievable from current levels as it is quite within reach. The biggest indicator in favor of upside movement is the higher buying action seen from the increased volumes and RSI indicators which is trading in the overbought zones above a level of 80 on the histogram.

From a longer and broader perspective, XTZ might be preparing to enter the big league. It will jump into the elite 20 cryptocurrencies once it manages to close above $11 levels, and a price jump from the current level will bring it into the limelight, opening scope for more investor’s interest. 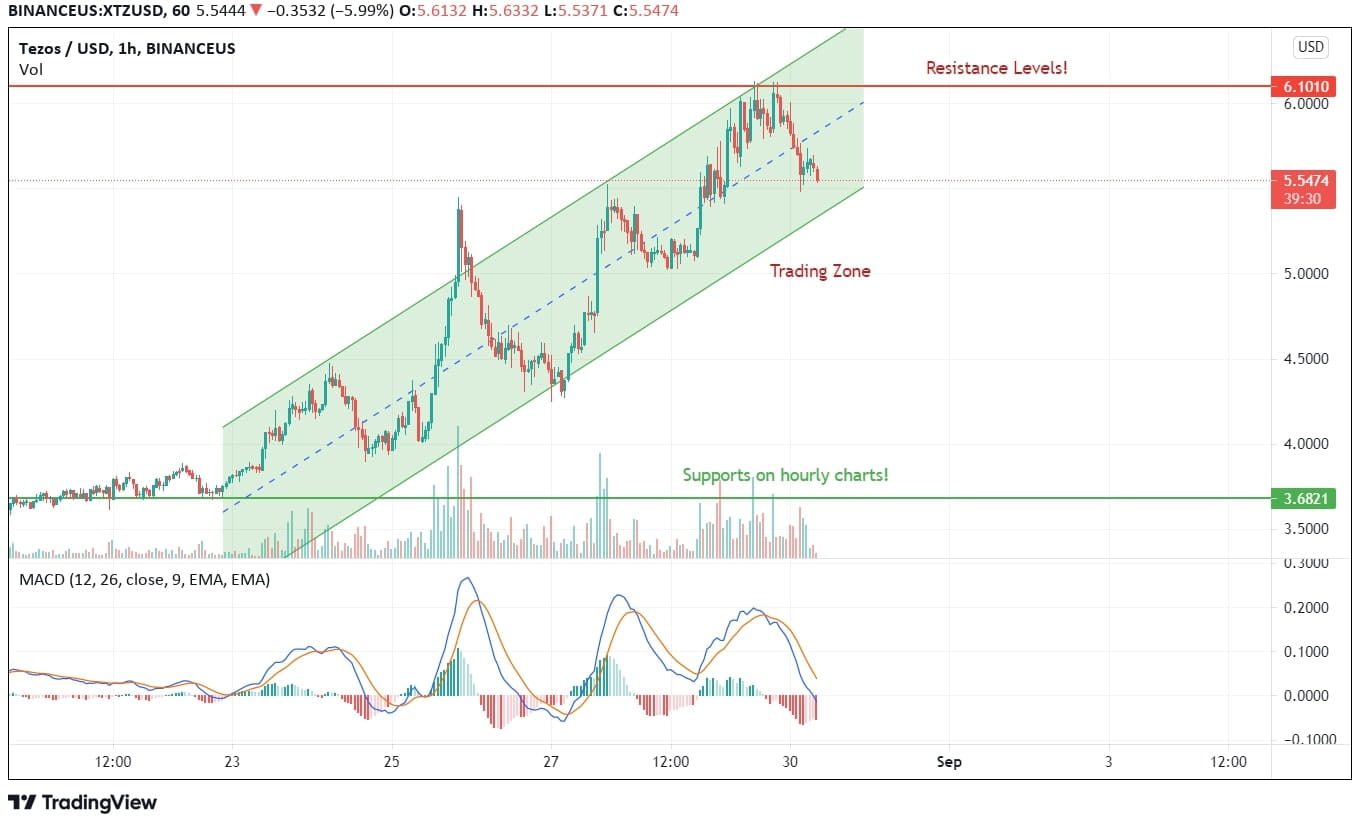 XTZ has undergone a drastic change since August 23 by looking at the hourly volumes. This sudden spike in the volume indicates more investor interest in this cryptocurrency. Each swing is taking Tezos to new highs even on hourly charts, and one can easily make entry at a swing low and sell at the swing intersection for steady intraday profits.

Based on our Tezos price prediction, investors should hold this cryptocurrency because of its uniqueness. As long as the MACD has a more significant portion on the positive axis, it will indicate the positive run of XTZ. Still, if it changes the pattern, one should become alert about their position and secure their investments.

KardiaChain to Amplify Social Media Benefits by Partnering With Blockster