In case the reader does not know, Binance is the largest cryptocurrency exchange in the world at present. The exchange has its official wallet application called Trust Wallet which (as per the announcement made by the developer of the wallet) now would be adding support Tezos (XTZ).

Tezos is a smart contract powered platform which conducted a successful ICO in 2017 where it raised $232 million. Tezos Foundation and funds manage the platform are taken care of by the founders of the platform, Breitmans. 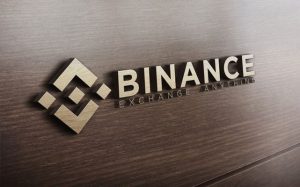 Trust Wallet, (for Android devices) was launched for the first time in October 2017. Then it was purchased by Binance in 2018. Earlier, before Binance bought it, it used support Ether (ETH) and Ethereum tokens only. But after the ownership of Binance, it gradually started extending its arms and supporting other coins too. Recently, it declared the support for XRP as well as had allowed in-app cryptocurrency purchases using debit and credit cards. The currencies currently backed by the app are ETH, BTC, LTC, XRP, and BCH along with over a dozen more.

Recently the team behind Trust Wallet made an announcement in a blog, saying that it would approve Tezos wallet support. The announcement also revealed that its coming iteration which would most probably at the end of Q2 this year and during that, it would be adding “native support for the delegation of all users who would like to stake their tokens and participate in the Tezos on-chain governance.”

Which means, soon the app would be backing 23 blockchains on its platform.

The founder of Trust Wallet said:

“Tezos is a leading on-chain governance and PoS protocol, and we are excited to work together to bring staking and delegating mechanisms to Trust Wallet mobile users, which allows everyone to be a participant in securing the network and validating transactions.”

Plus, he and his team are happy that the Tezos Commons Foundation has done a great job to add support for Tezos to the Trust Wallet Core.

He also cleared that the Binance’s wallet is an open-source platform. It is a cross-platform and a wallet library. Due to its cross blockchain feature, the integration became possible for Binance’s app and Tezos. When it comes to staking feature, it means, by keeping the tokens in the Trust Wallet app, the user gets the authority to vote and earn for validating the transaction of the platform.

The team also stated that it is “working on an entirely new native solution for Trust Wallet so you can stake all your tokens from one single interface.”

Holo (HOT) Price Analysis: Holo (HOT) to Maintain the 200 million USD Benchmark of Market Capitalization in Order to Remain Amongst the Top 50