Tezos, one of the lucrative cryptos amongst the top 20 of the global crypto market is serving no exception and exhibits almost a similar trend to that of other altcoins in the market. As we near the end of the quarter, we cannot ignore the fact that it has been the most volatile duration as we experienced a fresh YTD high at the onset of the previous month at $4.486 and on the contrary, it corrected downwards with a steep setback at the onset of the ongoing moth, while currently trades at $2.240.

Tezos, at the time of penning down this analysis was seen trading at $2.240 after recording a 5-day bullish move from the 5-month low around $1.9 marked in the previous week. The coin corrected downsides with a gradual decline from the YTD high except the past 5-day movement that has been drawing a slight bullish crossover as of now.

It was in the previous week, when XTZ/USD price trend was seen breaching the lower 20-day Bollinger Band until the coin started strengthening. The long bearish divergence on the MACD chart is seen converting into a slight bullish divergence. The RSI of XTZ is also seen rising from the oversold region and is currently lying at 41.35, after sliding below $1.9. As per Tezos Prediction, the XTZ coin is about to reflect significant reovery and if it continues to trade upwards, it might retest its previous high at $3 mark. 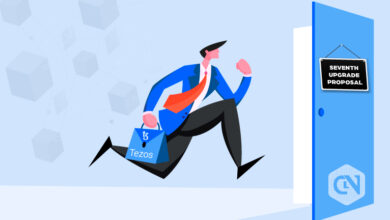 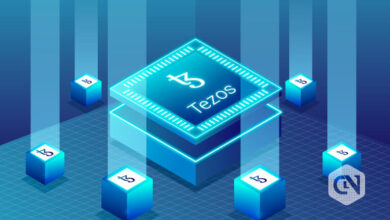