Tezos, along with Bitcoin and many other major altcoins of the market viz., Tron, XRP, BCH, BSV, and ETH has faced an unpredictable blow of volatility. Moreover, in the ongoing month, the market has been crashed for the second time with the first crash of the month recorded in the previous week on June 02, 2020. Just towards the end of the 2nd week, it was just yesterday when the market crashed and lost the gaining sight.

XTZ coin re-examined its monthly support around $2.5 after consolidating around $2.9 for a week. Tezos had been facing strong resistance around $2.9 and $3 and thereby lacked steady momentum to rise beyond. However, XTZ coin rebounded quite well in the trading hours today, i.e., June 12, 2020, and at the press time was trading at $2.75.

Moreover, an important point to highlight here is the ongoing rivalry between Tezos and Cardano in the global crypto market. The stats have been defeating the position, and has the two have been oscillating between 10th and 11th position. Currently, Cardano is on 10th position, and therefore, Tezos is on 11th.

This rightly takes us to compare the price trend of the two coins, i.e., ADA and XTZ. As observed on the above daily chart, Tezos has been less reactive to bullish crossovers and rebounds in comparison to Cardano, and it was just in the ongoing month when the latter hit the year-long resistance above $0.090. While, on the other side, Tezos has been maintain a flattish trend due to lack of steady traction, comparatively.

Moreover, due to an unprecedented blow yesterday, Tezos has retested the utter support around $2.5 while rebounded by 10% today. Due to the massive sell-off, the coin is seen as having a bearish crossover from the technical point of view, which is also seen reversing as the MACD line crosses above the signal line. The 20-day Bollinger Bands are seen having a wide gap, which points at the lingering volatility in the market. However, the rebound has been quite amazing, and the XTZ price trend has moved away from the 20-day lower Bollinger Band.

The XTZ price is failing to retain support from 50-day and 200-day MA on the daily chart due to steep dip while the RSI is seen rising from the utter bottom below 30 to currently lie at 45.84. Tezos price initiates recovery and as per the current trend, the coin might its previous level around $2.8 soon. Read more about XTZ Predictions, you must visit our forecast page to know the coin’s upcoming years’ price updates! 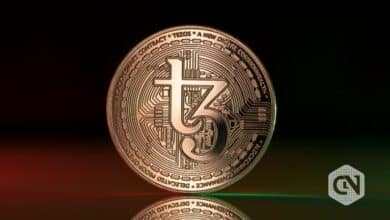 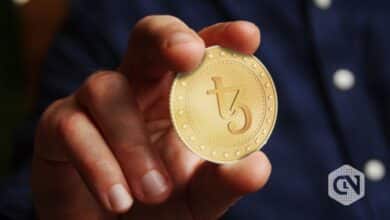 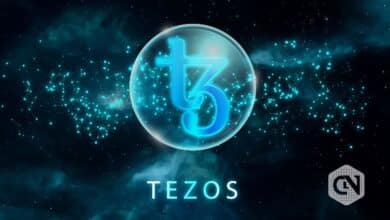 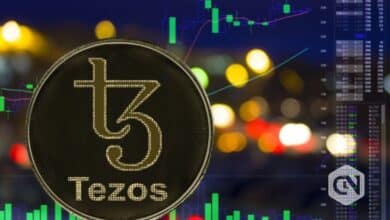