Samson Mow, BTCC Exchange’s Founder and Magical Crypto Friends and Blockstream’s present CSO, recently shared his views on Bitcoin’s status and Lightning Network’s advantages in an extensive conversation with SFOX. Blockstream has intended to extend its support to the network of Bitcoin through projects like Satellite program.

However, Mow’s reply to a question about his real-life usage of digital currencies, left everyone surprised. He said he doesn’t use it in real life; he uses credit cards. To elaborate, Mow said that when he has said the same thing in the past, people have altered it by stating he hates bitcoin. Clarifying his stance further, Mow added that he thinks Bitcoin is not good for payments. Bitcoin is more of a wealth transfer medium and store of value, according to Mow.

Not stopping there, Mow also explained what he feels about crypto, Bitcoin, and its development. He said that generally, we use things the way we want. Gold is used for value transfer as well as wealth storage. Paper is used for money which is ideally not good as paper can be easily shredded or burnt. But we still utilize it. Just because BTC is information, doesn’t change that.

As per Mow, Bitcoin is superior considering all these facets. It also explains the reasons for our decision to treat it as money because it is actually better in each and every way. Continuing further, he said that you could utilize it for payments as well with Lightning. That way, the entire dynamic is changed. Now, if one is transacting BTC over Lightning, it’s not being done on credit. Moreover, there are almost zero fees. So, it changes the entire equation to a great extent.

It must be noted that Blockstream is working on Liquid, a sidechain product that is compatible with Lightning network. Liquid aims to reduce latency in the transfers of Bitcoin between exchanges. It also has a feature called Issue Assets, which lets its members tokenize assets, fiat currency included, and transfer the assets between nodes that are away from the primary Bitcoin chain’s delays. 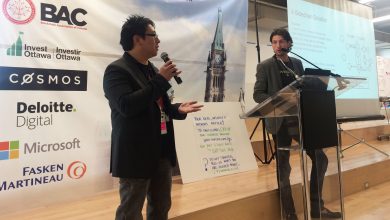 Blockstream CSO Samson Mow Says Bitcoin Wasn’t Meant To Be Fast, As It Had To Be Reliable

May 22, 2019
Support CryptoNewsZ
Donate with Crypto