Digitalization is that monumental paradigm shift that would transform the phase of any civilization. The early 1950s became the formative years for what would essentially become the practically endless digital world that we see and interact with every day.

The introduction of computing power that could exceed human capabilities was the conception of a new world. Post its formative years, digital devices started to gain popularity, and within three decades, the modern world had begun relying heavily on computers. The later years turned out to only be the beginning of a new era. As digitalization spread and digital media, devices, and other products became standard household terms, society also began to see the various effects.

The advantages were incomprehensible at the time as an entirely digitally connected world meant the free flow of information, data, and resources. On the one hand, the world witnessed the emergence of tech giants such as Apple, Facebook, Google, etc., while on the other hand, there were serious implications for employment, mental health, and the influenced culture.

From garage-start ups to being the omnipresent companies, digital platforms opened new markets for economies worldwide. Coupled with globalization, there was now a plethora of opportunities that could be used, or rather misused in some cases. The exponentially growing digital ecosystem led to rapid advancement in technology, which negated the pros of digitalization.

The increasing usage of digital mediums required less and less human input with each passing leap. The rising concerns in the future of automation did have drawbacks for the unskilled working population worldwide. Although each part of the world faced each of these and other advantages & disadvantages at different times, the outcome was largely the same.

Over time, various other opportunities have started to fill in the marketplace based around the digital world. While driving a vehicle or operating an elevator was no longer a job that needed human inputs, other operations such as digital maintenance did offer a suboptimal solution.

Since the nature of evolving jobs and opportunities is skilled, displaced people’s transition is not as simple as stating it. The newer generations are much better equipped to deal with the economic changes, but that’s where the societal impact comes into the mix. Because the growing minds are in a digitalized environment, they are more susceptible to its psychological effects.

Being exposed to digital platforms round the clock has led to an overall decline in mental health across all age groups, especially the youth. Cases of depression have increased significantly. Besides, Changing employee profiles is affecting employment and employability to a great extent.

Being the double-edged sword digitalization is, the only way to mitigate the adverse effects would be to efficiently manage and restrict the over intertwining of digitalization with everyday life because technology always moves forward.

The latest and current phase of digitalization is now unfolding the possibilities through blockchain. Unlike previous milestones, blockchain comes with the least drawbacks. Blockchain can improve the economic growth curve and decentralize the distribution of assets that would decrease the economic gap.

Being the founder of various blockchain-based endeavors, I believe decentralization can enrich the global economy at an unprecedented level. In addition to the blockchain market being supported by traditional financial systems, a decentralized environment also adds to digital security and the inclusion of individuals from all backgrounds. Besides, a blockchain-backed financial system has undeniable and highly efficient advantages. The scope for faster settlements, low processing fees, enhanced capitalization, better contracts, and diverse services/solutions make a compelling case for the blockchain.

Blockchain and the upcoming broad-scale application of 5G networks have the potential to make up for the downsides of digitalization and prove it to be the only shift that is free of any negatives. 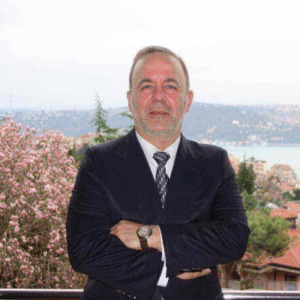 Erol User is a renowned businessman from Turkey. He is the president and CEO of User Corporation, BlockchainArmy and a founder and board member of various other organizations and associations. He has been felicitated with many awards and recognitions in his career.

How Can Traders Make More Out of Their Crypto Assets?