The refund policies of many large corporations have often fallen foul of the local laws across the world over the years, and in a new development, Sony has found itself in the crosshairs of Australian laws.

Over the course of the past few decades, the onset of globalization has led to some of the biggest brands in the world, opening up stores and massive presence in almost all countries. One of those big brands to have conquered the planet is Sony and perhaps one of its most important offerings over the past two decades has been the gaming console PlayStation. The product is sold all over the world, both online and at Sony stores, however, it has now emerged that the company has fallen foul of the return policy laws in Australia, one of its biggest markets. According to new development, it has emerged that the Australian Competition and Consumer Commission (ACCC) has made the accusation that Sony has broken laws in the country by providing ambiguous refund policy information to customer buying the PlayStation console from their stores.

The whole issue relates to the return of faulty games that customers had tried to return back in 2017, but Sony had claimed that beyond 14 days, refunds for such digital products could not be honored since the game has been downloaded already. In addition to that, Sony had also told customers that unless the actual developers of the games accepted that there was a problem with the product, no refund would be issued. If a refund is actually issued, then it would not be a straightforward refund, but the company will issue it in the form of store credit. This has been regarded as Sony’s high handed approach by the competition regulator, and it believes that the company has used its dominant position to mislead customers.

In its statement, the ACCC said,

We allege that Sony Europe gave false and misleading information to their customers about their rights in relation to games sold via its PlayStation Store. Consumer guarantees do not expire after a digital product has been downloaded as we allege Sony Europe told consumers, and refunds must be given in the form of original payment unless a consumer chooses to receive it in store credit.

It remains to be seen how Sony responds to these allegations.

TRON Price Analysis: Is Tron (TRX) all set to surge above 4 cents 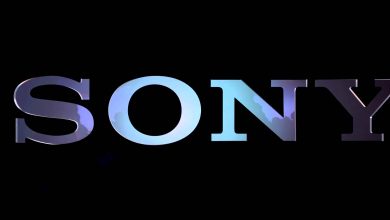