The Kyiv-based NFT incubating Ikonia has signed a partnership with The Sandbox metaverse. The two entities brought their first product honoring the great Italian footballer Andrea Pirlo on the 1st of June. The NFT in question is a digital replica of the original mural on Lafayette Street in New York.

The crypto space has changed entirely after the arrival of new concepts like Metaverse and GameFi and other web3 features. NFTs have earned a certain space for their multi-utility and flexibility. While most other projects are busy exploring NFTs in gaming, The Sandbox unveiled one of the biggest NFT projects earlier this week.

Ikonia has created a digital rendering of the 15×6 mural of Andrea Pirlo located in New York in collaboration with MetaLabs. Titled the Hero NFT, the digital art is meant to remind the potential of web3 and is also the current centerpiece of The Sandbox metaverse. The NFT offers a unique opportunity for the buyers to have ownership in both the metaverse and real world.

The original artwork was created by a popular Italian street artist known as Jorit. The NFT version of the art will be sold as a one-of-one NFT, which means the exclusive artwork will have single ownership. And what’s more, NFT gives the buyer ownership of the real painting for a year and perpetual digital rights to the one-of-a-kind artwork.

As one of Italy’s most venerable soccer players, Andrea Pirlo has led his team to several accomplishments like the Bronze medal in the 2004 Olympic and 2012 Euros finals. But none of them is as great as their stride in the 2006 World Cup when Pirlo won the Bronze Ball. He was also selected for the tournament team thanks to an exquisite performance against France in the finals.

Pirlo also has a couple of Champions League trophies and seven Scudettos in Italy. The Mural in New York was created to honor his time playing for the New York City FC. Jorit’s artwork also marks the first time artwork of such scale was created to be turned into an NFT.

Along with the NFT, the metaverse has also planned to roll out several other collectibles. It includes animated artworks, video clips, sculptures, and others based on some of the iconic moments from Pirlo’s career.

Fans can become eligible for the shortlist by inviting others and completing certain tasks. Based on the points scored, they will stand a chance to win rare collectibles and special prizes. There will be a bonus lottery with chances to win exclusive gifts from Pirlo, including personalized messages, autographs, zoom calls, and dinners.

The Weeknd Collaborates with Binance for the First Web3 World Tour

The Sandbox teams up with K-pop Web 3.0 startup ‘Modhaus’ 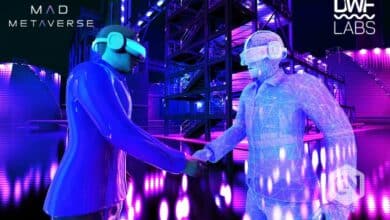 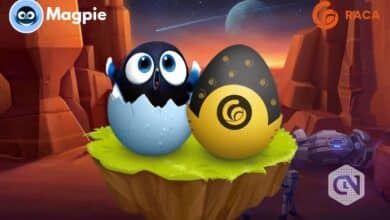