Officially, the Tora Inu beta sale is now 90% finished. Investors are swarming to this meme coin because they think it will be the next big thing in the industry because of the P2E environment and its redistribution and deflationary mechanisms, which are expected to raise standards.

Investors are aware of the team’s expertise moreover the high standards Tora Inu strives to meet as they get ready for a significant marketing push to attract TORA listings on significant tier-1 exchanges.

Close to being sold out of the Tora Inu beta sale

The beta sale for TORA, the new-generationmeme coin, is nearly sold out. With a target of $250,000, the auction began on October 20. Well, the Beta Sale has almost completely disappeared after only six days. You should act swiftly to get TORA while it is still on sale during the Beta Sale.

Investors in meme coin appear to be flocking to the project that injects originality into a market that is dominated by projects that are either repetitive or lack novelty. Due to its intuitive burn and redistribution process, Tora Inu is predicted to be the evolution of the meme coin market. Additionally, it has a fun P2E game that enables users to earn a passive income.

We are all aware that an asset’s value rises with time when it becomes rare. Throughout its burning mechanism, which burns a little portion of each TORA token on each blockchain transaction, the TORA token itself faces deflation. To demonstrate its departure from existence, the small portion that has been burned is delivered to a burner wallet.

The redistribution process rewards the ecosystem’s most devoted TORA holders. All TORA holders receive a small portion of each transaction’s redistribution, with bigger amounts going to those who possess more tokens. This reward is intended to motivate TORA investors to maintain their holdings notwithstanding the most severe downturn.

Prospective Investors Continue to Be Excited by P2E

Tora Inu can offer an intriguing P2E game where players can win extra TORA tokens in addition to the project’s cutting-edge tokenomics. Players must initially buy an NFT to play the game. After completing a series of mini-games against other players or the environment, the NFT slowly levels up.

Every victory results in rewards for the players, and as they progress through the game, their NFTs gain worth. Tora Inu intends to release an intriguing metaverse in the future in addition to the P2E game.

The Tora Inu team is extremely skilled. They are aware that for meme coins to take off and grow to their highest heights in the market, sizable communities and buying pressure is necessary. The team has therefore prepared an extensive marketing strategy to advertise the token on some of the most popular publications in the sector.

The TORA team is aware that their coin has to be listed on numerous tier-1 exchanges in addition to the marketing campaign. This is clear from the fact that one of the main priorities on their roadmap is a CEX marketing push with list on numerous Tier-1 & 2 exchanges. In reality, Toraa Inu has acknowledged that a Tier-1 exchange is already prepared to list the token once the presale is over, however they are withholding the details until closer to the listing.

Speaking of competence, Solidproof has completed an audit of Tora Inu and found no issues of high or medium criticality.

Overall, the creative aspects of the project and its experienced crew are causing the Beta Sale for Tora Inu to sell out swiftly. 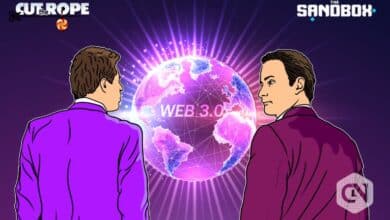 The Sandbox partners with ZeptoLab for an enhanced Web3 experience 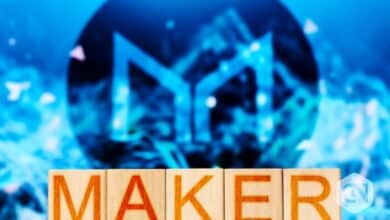