It was perhaps only a matter of time before the world of finance and cutting edge collided to form a new set of products altogether. For many, it was not really a big surprise when a new industry named financial technology or Fintech emerged over the past half a decade or so and ever since, it has grown into one of the most important industries in the world. Fintech products are spreading all across the world, and mass adoption is perhaps the final frontier for the industry as it tries to create a new paradigm altogether.

At the end of the day, the friendliness that the industry is shown by some of the more important countries will decide how quickly Fintech is adopted. In a new study conducted by consultancy firm Ernst & Young, it has emerged that China and India are leading the charge in terms of adoption of Fintech. The report titled Global FinTech Adoption Index 2019 looks into the speed at which Fintech is being adopted by countries across the world. According to the findings of the report in question, the overall global adoption of Fintech has gone up by as much as 64% in 2019 alone. However, the report also pointed out that the gains were primarily driven by large scale adoption in emerging markets like China and India. China and India led the charts jointly, with an adoption rate of 87%, while South Africa and Russia came in with an adoption rate of 81% each.

The entire operation involved an online survey with as many as 27,103 individuals from across 27 markets spanning across Asia, North America, South America, and Europe.  Mahesh Makhija, a partner at EY, stated,

The fintech industry in India is rapidly expanding, and the adoption rate is growing faster than anticipated. One of the reasons for strong growth is that traditional financial services companies have entered the fray in a big way.

Close to 90% of the respondents who participated in the survey stated that they were aware of Fintech and the variety of payment platforms that have been created by the industry.

HPT Launched On The Huobi Mainnet, Becomes The First To Migrate From Huobi Next 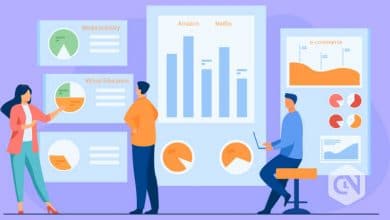 How Coronavirus is Positively Impacting Some Industries

China and US Initiate Clinical Trials of Coronavirus Vaccine