Even while the cryptocurrency market as a whole is showing recovery signs, traders are still cautious about which tokens to put in their portfolios. Orbeon Protocol (ORBN), Litecoin (LTC), and Cosmos (ATOM) are three tokens with a promising future even in a depressed market.

Orbeon protocol, for instance, is in phase 3 of its presale and showing huge gains of up to 805% so far. Experts predict its price could increase by 6000% by the end of the presale.

Let’s examine these three tokens that could potentially boost your portfolio in 2023. 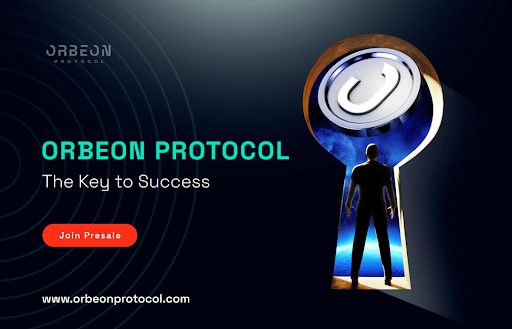 Even though both Cosmos and Litecoin have had price increases, the Orbeon Protocol is predicted to increase once it is listed on major exchanges.

The native token of the project, ORBN, has increased in value by a whopping 805% in just the first few weeks of the presale as investors recognize the enormous potential of the Orbeon Protocol.

Orbeon Protocol is an innovative cryptocurrency and NFT. The development team has been promising to disrupt the trillion-dollar venture capital and crowdfunding sectors. ORBN allows everyday investors, even those with only a single dollar to spare, to put money into promising startups easily. This is a feat that was traditionally reserved for Venture capital firms with large funds.

Using the project’s NFTs-as-a-Service (NFTaaS), startups will be able to generate funding from their local communities to scale and develop their operations at a lower cost.

Orbeon Protocol is an open-source blockchain platform that features a decentralized exchange, wallet service, and swap protocol. Orbeon Protocol is forecasted to increase in value by almost 60x in the presale stage alone, according to industry experts.

Litecoin has gained significantly in the last few days of trading. Investors are feeling more confident about keeping their holdings of the token in anticipation of more growth in 2023.

Litecoin was created in 2011 by Charlie Lee, formerly of Google, and is fundamentally a peer-to-peer (P2P) digital currency. LTC has the same advantages as Bitcoin, including lower transaction fees and increased speed.

Litecoin’s development team believes that Litecoin’s expected $70 value is achievable with the help of the massive plans and activities now in place. The current price of LTC is $65.17.

CoinMarketCap shows that the price of Cosmos is rising. In addition, analysts anticipate ATOM will increase in value by a factor of 30 during the next calendar year.

Cosmos is a proof-of-stake blockchain project that aims to build a distributed network of interoperable blockchains. Cosmos’ token is used to access a network of connected blockchains that are built to work together.

Cosmos is currently doing great, but experts predict that Orbeon Protocol will continue to rise in value as more people discover Cosmos’ practical applications and other advantages. Orbeon Protocol is a safe long-term investment option.

Find Out More About the Orbeon Protocol Presale: