Play-to-Earn gaming, or P2E as it is familiarly known, has seen a boom in recent years, with several games cashing in on the token economy and the growth in popularity of the NFT market. Several games have been developed to cater to this market specifically, and P2E games now come in various genres, including RPGs, Shooters, Strategy, and Adventure. What’s more, these games now come on a variety of different consoles, from Web3 to Mobile. 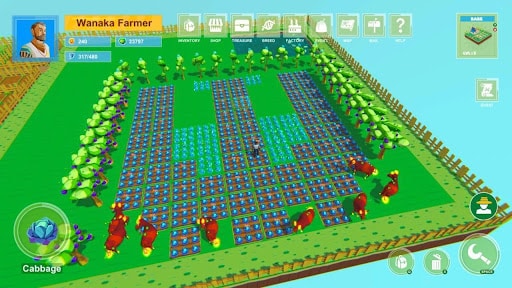 Wanaka Farms works on both PC and Mobile and runs on the WANA or WAI coin that can be purchased via Pancake Swap. The coins are used to purchase blocks of land in the game, and the WAI token is used to purchase. The game allows you to grow or cultivate various fruit, vegetables, and creatures, including apples, cabbage, wheat, mango, pigs, Koi fish, cows, and Carp. The game also consists of four seasons, Summer, Winter, Spring, and Autumn. 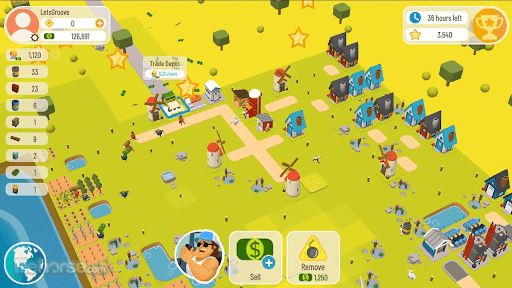 Town Star comes from the Gala Games company, which makes it the spiritual successor to FarmVille, as the company was founded by one of the co-founders of Zynga. In Town Star, players are not just managing a single farm but a small farming village, with roads, houses, and factories, placed around the various plots of land in the game.

Players use Town and Gala tokens to buy in-game resources. Players will pick their location from a map and start with a small plot of crops. Players will make in-game currency by selling their produce in the towns, which costs gasoline. Players start with a farmer, who collects crops, and a builder, who can construct new buildings, and they develop their town from there. 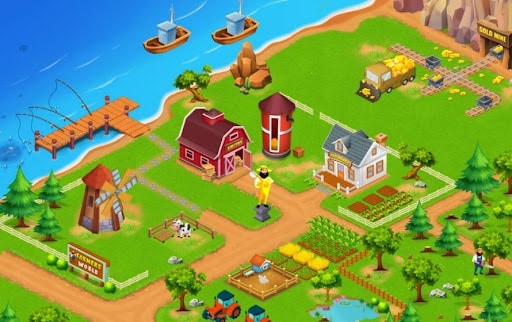 Farmers World, like the other games on this list, runs on its own unique token called WAXP. Once purchased, the token allows players to buy land, buildings, tools, crops, and farm life. Each utility works as a unique NFT the player owns after purchase. Some of the other in-game commodities include gold, lumber, meat, and energy.

The game also has an attack mechanism that allows players to attack neighboring farms and loot their resources. The game has suffered a slowdown in players in recent times but still has a core group of players that keep the game going. 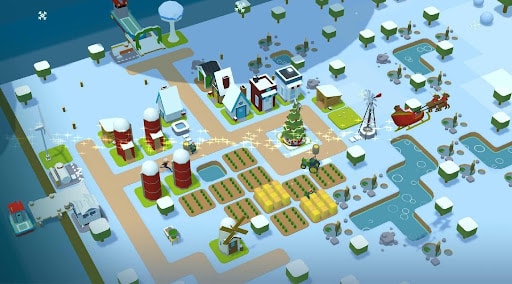 With a depth of Play-to-earn games out there, which gives players the ability to own their own NFT tokens within the game and trade them for money, it’s nice to see that there is still a caveat for a more relaxing genre, such as farming games, to exist.

While an issue with the game appears to be a dwindling fan base, each game still has a core community of players that are not only regularly active in maintaining their farms but also incredibly helpful at posting tips and suggestions for players to pick up the game via YouTube. The developers of each game have also created useful guides to help new players navigate the game.

If you have enjoyed playing FarmVille or want to find a relaxing P2E game in the farming simulator genre, these are three games you should check out.

Orbeon Protocol (ORBN) surges ahead by 525% in presale, The Protocol (THE) and Decentraland (MANA) dropped by investors