Bringing blockchain-based concepts, ideas, and products to the masses is never an easy feat. Brand ambassadors play a crucial role in spreading the word, and if they’re well-known, there are better odds of becoming successful. For Dotmoovs, signing two former professional football players as Brand Ambassadors is a significant step in the right direction.

Brining Dotmoovs To A Broader Audience

In times of COVID restrictions, it can prove challenging to have fun with sports. As most countries maintain strict limits on how many people can train or play together, there is often a lack of competition for most enthusiasts. Particularly those who engage in Freestyle Football will have a tough time finding people to compete with until the entire COVID situation is resolved globally.

Until then, it remains advisable for players to explore some other alternatives. A surprising option to look at is Dotmoovs, a blockchain startup that creates one-on-one freestyle competitions for football enthusiasts through its application. The built-in AI-based video referee will evaluate performances and award the winner with native MOOV tokens or Non-Fungible Tokens.

With an initial focus on football and freestyle, the team intends to connect millions of players worldwide. To do so, Dotmoovs sought advice from former professional football players and collected feedback from them. The first well-known player to back Dotmoovs is Luis Figo, as he found out about this project through acquaintances.

Considering how the vision of the Luis Figo Foundation and Dotmoovs align well, it is only normal that the former Ballon d’Or winner decided to become a Brand Ambassador. As one of the best of his generation, the name Luis Figo can still open many doors. Moreover, he still has millions of fans worldwide, all of whom can be exposed to what Dotmoovs is building.

Luis Figo Comments on the News:

“During the Covid pandemic in 2020, football fans around the world have been forced to explore new ways of playing their favorite sport. Though thankfully, the worst is now over, I believe that new ways of combining digital with physical sports will take their place together with the good old-fashioned game on the football field.”

Ricardo Quaresma will join Luis Figo as a Dotmoovs Brand Ambassador. The former Portuguese football star is known for his tricks during gameplay, making him a perfect fit for a venture focusing on Freestyle competition. The former star of Barcelona, Inter Milan, and other clubs is still incredibly popular today.

Both Brand Ambassadors will help users get acquainted with this crypto mobile worldwide competitive environment. It will also provide a way for freestyle enthusiasts to explore a different sense of competition in times where social contact is still very limited. With fair challenges and access to unique digital assets, Dotmoovs is driving crucial change for our modern society.

Ethereum Classic (ETC): Can It Compete With Ethereum (ETH) 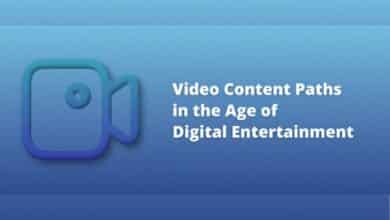