Blockchain as we know it is an amazing technology with a lot of bright future waiting for it. But is there any good being done if it’s not able to reach out to other external networks?

Right now, this is the problem in the crypto space, and a lot of projects are working autonomously from others.

Just imagine if all blockchains could access each other’s network without much hassle. Wouldn’t that be nice?

Some projects are looking to achieve this as soon as possible. Let’s take a look at the top three: Polkadot, Cosmos, and Quitriam Finance.

Polkadot (DOT) remains a very famous project in the world of cryptocurrency, and it’s even well known to some of those who aren’t into crypto. Polkadot (DOT) was developed initially using solidity, but it went on to use another specifically-dedicated language, called the substrate.

Polkadot (DOT) is one of the leading projects in the blockchain interoperability field. With an ecosystem that has two main networks, namely, parachains and relay chains, it allows Polkadot (DOT) to access a speed of 1000 transactions per second. It also has many bridges that make it more compatible with many different blockchains.

Polkadots (DOT) ecosystem has a market cap of around $20 billion, making it one of the most significant projects in terms of market cap.

Cosmos (ATOM) is another project in the Interoperability field. Its main aim is to gather all the isolated blockchains around and make them communicate effectively as one. As a result of this aim, many call Cosmos (ATOM) a blockchain 3.0 project. This makes Cosmos stand out as a leading name in developing new generation blockchains.

Adding to its desire to enhance blockchain Interoperability, Cosmos (ATOM) is trying to massively boost scalability as it’s trying to bring about a large transaction speed across all its networks when compared to others like Bitcoin (BTC) and Ethereum (ETH).

The Cosmos (ATOM) network can process 10,000 transactions per second.

Besides all this, Cosmos (ATOM) also announced around February 2022 that it would give access to some blockchains to be able to manage other networks. This means that its users will be able to stake their tokens easily across the blockchain. 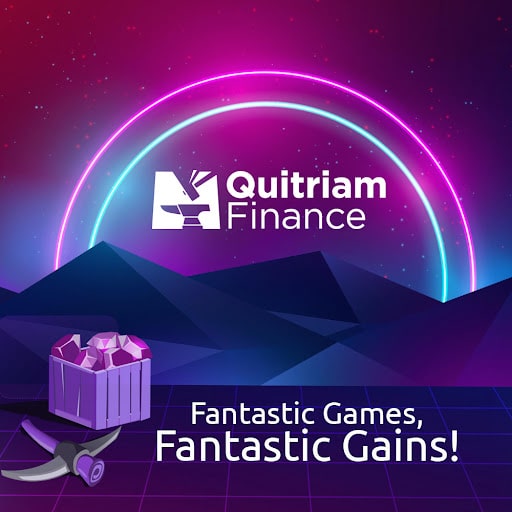 Quitriam Finance emerges as the new potential king of interoperability coins that is currently at its presale stage.

Quitriam Finance (QTM) has attracted investors’ attention because of its ambition to connect many blockchains as one in their ecosystem.

Quitriam Finance (QTM) is scheduled to deploy the Quitriam swap, which is a Decentralized exchange that aims to bridge the gap between big players like Ethereum (ETH) and Polygon (MATIC).

Of course, this move will benefit investors as they will be seeing a huge transaction speed of over 50,000 for little to no fees at all.

Quitriam Finance (QTM) is still selling at $0.000011 right now, meaning it’s very affordable and should be added to everyone’s wishlist. With its presale still in its first stage, it’s expected that its price will increase very soon before it’s even listed on exchange platforms.

Use of Blockchain Estimated to Rise as Per Nirmala Sitharaman

Exploring the Most Talked about Crypto Presales in 2022: BudBlockz, Tamadoge & Big Eyes