Bitcoin (BTC) is the first cryptocurrency and the first experience of the blockchain technology we had. Although the landscape has expanded with several other utilities beyond the scope of Bitcoin, BTC remains revered despite the numerous cryptocurrency market conditions it has to adapt to.

Bitcoin has to adapt to the fact that emerging blockchain solutions are not just mere payment systems like Bitcoin is. These new cryptocurrencies can run on smart contracts, power DeFi, and many other blockchain use cases.

However, Bitcoin is known as the most secure blockchain network, and for any network to be truly secure, it has to be very decentralized. In contrast, it is not Bitcoin that has to adapt to the market; it is the cryptocurrency market that has been adapting to Bitcoin. 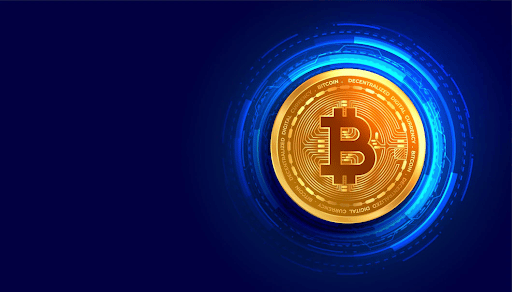 The cryptocurrency price chart always responds to Bitcoin (BTC) movements, and recently there have been some upsides for Bitcoin, which has restored confidence in crypto traders. We have seen more volume recently, and looking for other promising cryptocurrencies one can buy may be right.

It’s hard to say whether the state of security has kept Bitcoin at the top, but Zcash (ZEC) and Privatixy (PXP) are two highly secure blockchain networks that add additional layers of privacy to their network. Privatixy, being a new cryptocurrency, could have the highest profit potential. Let’s look at both:

Zcash (ZEC) was created in 2016 by a group of scientists who wanted to create a cryptocurrency similar to Bitcoin but with some added features. They created a Bitcoin blockchain fork with improved user security and anonymity. The scientists first created Zerocoin, which quickly evolved into Zerocash after its initial release. The cryptocurrency was eventually renamed Zcash.

To ensure that the parties involved in a transaction are verified without revealing any information to each other or the network, Zcash employs the zk-SNARK security protocol. zk-SNARK is a protocol the creator of Bitcoin, Satoshi Nakamoto, once described as what would be a convenient implementation of Bitcoin.

The Bitcoin community takes pride in transparent transactions that remain anonymous. However, anyone interested in or has a stake in a transaction can track down the parties involved.

Zcash (ZEC) does not remove transaction data. Instead, it encrypts it, making it untraceable. The Zcash blockchain remains encrypted, but the zk-SNARK security protocol adds additional user security and anonymity.

Privatixy Protocol (PXP) is a new blockchain network that aims to be the backbone of blockchain technology, reducing breaches of users’ privacy. The protocol takes the concerns for user privacy seriously and provides an open-source protocol that provides a wide range of solutions for blockchain users’ privacy protection.

Privatixy protocol also uses zk-proof systems, provides integrated scaling solutions to improve the experience, and implements web3 technologies that enable all emerging use cases and allow for multichain interoperability. Privatixy Protocol is built on an open-source framework similar to blockchain technology. The benefits of this cannot be overstated, as it encourages a wide range of protocol implementations for the program. An open-source system allows for an exponential increase in the protocol’s possible applications and dissemination.

The value this new blockchain brings to the ecosystem is exciting and, as such, could be a smart money move to buy it on presale, where it is incredibly cheap. The presale offers numerous bonuses that one could take advantage of.

When you buy within the first ten minutes of signing up on the website, you get 60% extra PXP tokens on your purchase. Your second and third purchases can earn you 50% and 100%, respectively. If you’re making purchases with top cryptocurrencies like BTC, ETH, USDT, BNB, etc., that’s an additional 10% bonus. These bonuses can accumulate, and you can join the referral program that gives back $40 for every $100 your referee spends. Use the opportunity to build your PXP bags.