TriForce is currently planning for its second phase after a successful first of token offering where their teams are committed to creating an ecosystem. The dedication behind this new creation is to focus on the utilization of its FORCE cryptocurrency through Minimal Viable Products (MVPs).

The Triforce team’s new commitment is in time with the present challenging period of cryptocurrency which gives the company a new way to factor itself in the gaming framework and publishing. The major reason behind crypto market instability is the inability to use real-world technologies working for digital assets.

The case with TriForce Tokens is that they have recognized this issue and therefore decides to address it with a thoroughly developed and active ecosystem which will help to balance many factors of the blockchain technology. The company, therefore, brings out a project that governs with vision and mission to make its place in the market and a niche in top technology.

The company will complete its final installment of offering the tokens in the second week of October and ahead of the phase TriForce started working on its blockchain development. Rather than developing another’s blockchain, it has started working for its own which gives them the ability to craft their solutions on a targeted platform which meets the evolving demands of the gaming market.

Moreover, the company will also keep the transaction fees to termination as well as provide an engaging atmosphere for the gaming industry’s needs. Our sources have only conveyed this information, but more exciting details on this information will soon be available at the end of August.

The final and private token offering will take place on September 3 as announced officially by the firm. To secure slots, interested investors can contact the firm directly. It is planning on meeting the $3 million capital whereby almost $460,000 is already acquired. 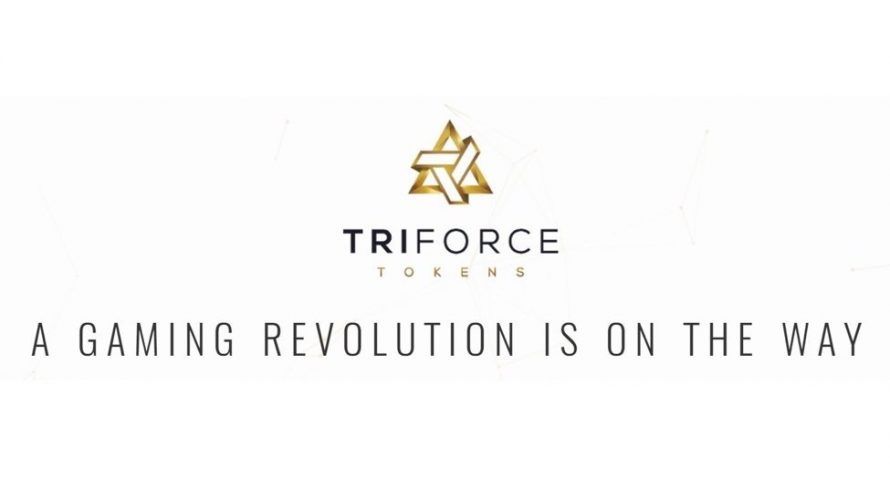 TriForce Tokens have announced Dynamic Advertising Platform as their latest MVP which is an automated, non-intrusive and autonomous platform for advertisement. The development platform also offers business and brands with in-game tools and objects relating to their products that their clients are envisioning.

It will also offer real-time data tracking with their ad performance to ensure that the ads are reaching to their targeted audience and allow them to run these ads 24×7. The advertisement platform also allows you to transfer deals without a need for intermediary involvement securely.

Pete Mardell, CEO of TriForce Tokens, recently unveiled its association with the advertising platform which is reportedly in active contracts with AXN Spain and Dominoes. Furthermore, among many MVPs that are under development, Dynamic Advertising Platform is one of many. There are other such MVP that comes with a gaming marketplace and a player reward inclusion. These platforms are necessary for exploring as they make the publishing framework of the gaming industry.

As we know, the gaming industry is leaving no stone unturned in being one of the fastest growing and most innovative industries on the planet. As a result, TriForce Tokens understands the need of partnering up with some of the leading competitors of the industry and understand the pining technology.

Developing successful partnerships will also allow the company to bag resources, and understand market and community reach. The project is expected to outbid every other platform as it recently secured a share of U.K. game publishing studio, namely TheGameWall Studios.

A partly acquisition also allows the token firm to increase its presence and goodwill in the industry radically, influence a strong network and explore a large catalog of new games releases and publishing agreements.

The company has already finished its exploration in the case of mobile games, and as a result, we find that it has set new sights for PC gaming industry and teaming up with some of the best developers of the community. It is already fueling for bringing a game to the market by partnering with Eximius, a hybrid, first person and real-time strategic development for e-sports. It is announced to launch as scheduled by September 2018.

If anything, this surely sounds like a project working on engaging the latter half of 2018 at least in the gaming and blockchain industry. What are your thoughts?

Bitmain has “potential”: says the research even as the Bitcoin mining giant suffers from severe losses