Blockchain technology and cryptocurrencies have revolutionized business and economics across the globe. They are now being used and applied in various sectors, including banking and finance, virtual gaming, agriculture, and logistics.

When it was launched a decade ago as the underlying platform for Bitcoin, many thought it to be just another Internet bubble. However, the technology is still alive and kicking, doing wonders in several sectors

One such sector which is being significantly influenced by blockchain and digital tokens is online gambling. The distributed ledger technology allows transparency and immutability, which make online gambling safe and secure. On the other hand, using cryptocurrencies has made it easier for sending and receiving money. These online gambling platforms are created by or in collaboration with blockchain companies. TRON Foundation is one such company which facilitate online gambling through decentralized gambling applications.

However, TRON has now blocked all Japanese IP addresses from accessing dApps for online gambling. The TRON Foundation made an announcement via a blog post, on Sunday, stating that Japan-based users will not be able to access gambling related decentralized applications, stating that regulations in the country prohibit users from engaging in online gambling. 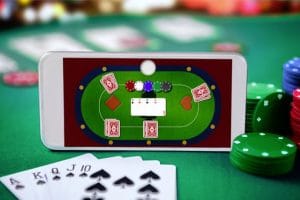 TRON Foundation is the governing body of Tron (TRX) cryptocurrency and is one of the largest platforms for developing decentralized applications. The announcement comes as a blow to a large number of users who used the platform for gambling online. In fact, gaming and gambling are two most widely implemented real use cases for blockchain-based applications.

Incomplete or, in some cases, irrelevant regulations have been plaguing the blockchain and crypto space for a long time. Since the innovative tech gained considerable traction just a few years ago, regulatory frameworks have still not been put in place, mainly due to lack of understanding of the technology among the regulators.

Nonetheless, TRON stated in its blog post that complying with regulations is their top priority and the company strives hard adheres to laws and regulations across the globe. The Foundation also stated that it will collaborate with the Japanese Government, if required, and provide necessary support in case any TRON based dApps violate the regulations.

TRON Foundation provides online blockchain based gambling service through its TronBet dApp platform, based on the Tron Blockchain. TronBet is currently at its peak, with weekly profits crossing $41 million. Reports surfaced on various social networks that TronBet users have been betting humongous amounts, as the dApp is recording about $75,000 to $100,000 in daily profits.

The use of distributed ledger technology has been growing rapidly. Several business corporations have jumped up in the blockchain game, increasing competition tremendously. The big names like IBM, HSBC, TCS, JPMorgan, Microsoft, and Intel are betting high on the technology, by investing millions of dollars in research and development, the results of which have been quite encouraging.

Apart from gambling, video games is another sector which has seen the use of blockchain in space off late. Recently, a Hong Kong-based blockchain gaming start-up, Animoca Brands has entered in a partnership with Formula 1®, to create a new racing game called F1® Delta Time. Similarly, many collaborations have been taking place in the sector.

The emergence of big corporations has facilitated extensive research and studies on technology, which has come up with newer use cases. However, regulations, like in the case of Japan, are a major hurdle for the sector to thrive. The primary reason for the hostility is that regulators themselves are not very well aware of the technology. This, in fact, has been a common problem with every new technology.

Cardano's CEO Invited by Yahoo Finance for an Interview, Subsequently Dumped to Cover the Lyft IPO