USDD stablecoin of TRON has been under pressure as the shorting percentage has spiked due to the current turmoil in the crypto market. The founder of TRON, Justin Sun, tweeted the announcement that short interest spiked so high that borrowers wanted to pay anything because they expected the stablecoin would suffer a similar fate to Terra (LUNA). 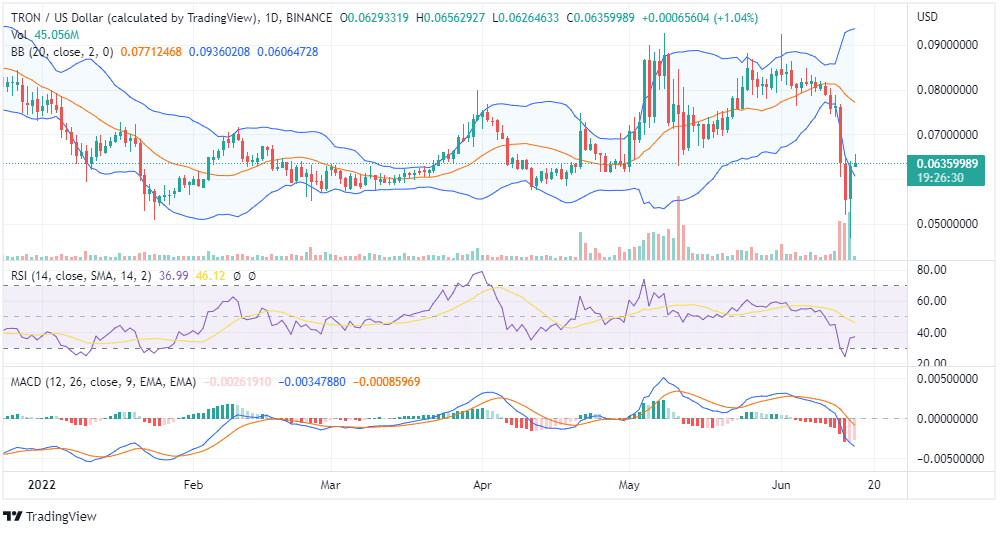 In the last few months, it had started recovering steadily with higher highs, but on June 13, it broke all the support levels. Now it is in a bearish zone. The MACD indicator shows extremely bearish on the daily chart with an oversold RSI signal. 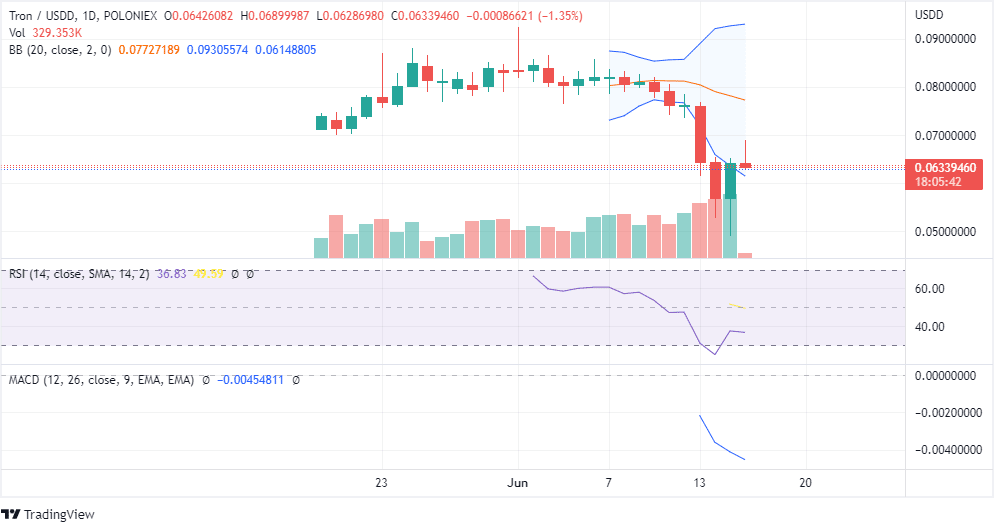 Bollinger Bands also shows huge volatility in the short-term chart, forming the last seven candles in the lower half. The last two candles have broken even the lower range of the band. Though TRX price is recovering, in the short term, it is bearish. Click here and read more about TRX predictions before you make any final investment decision! 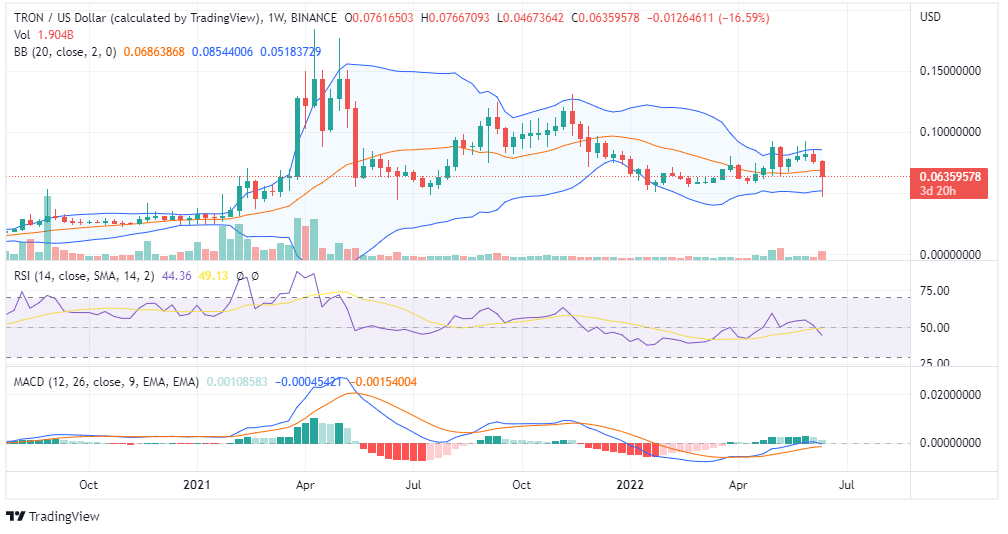 On the weekly chart, it is stable because it has been holding strong support of $0.057. The last two weekly candles are bearish. However, MACD and RSI indicators are stable, which does not suggest bearishness in the market.

The crypto market has been facing an outflow for the last few months. Retail investors are selling their stakes out of panic, and big investors are accumulating the coin at lower levels. Bitcoin and Ethereum, two leading crypto assets, are also down.

The Sandbox Partners With Lionsgate for a New Action City