eToro is a brokerage company which facilitates social trading and multi-assets brokerage. Tron, on the other hand, has a crypto project called Tronix and it focuses on the entertainment industry. It is similar to other cryptocurrencies in a way that it is decentralized at its core. Tron is popular among crypto lovers and has a considerable position in the crypto market. A big firm like eToro is now letting Tron get traded on its platform. The announcement made by eToro was reflecting its excitement for inviting Tron on board.

The idea of this collaboration is elementary and straightforward. The collaboration aims to develop a decentralized internet, which would provide content creators with full ownership of their creation and will pay them directly for it. Here, the whole process has no place or need for FAANGs. On Friday, the market showed a bearish graph again, and Asia and European sessions were not exceptions to this trend either.

You can just pay attention to the Dow Jones and study its movements since Donald Trump’s election victory. What it looks like at present is that the market is just consolidating near the top. Where the FED is in support of the market and experts are warning that the bull run is about to end, no one can really say anything firm. One of the reasons behind the recent cut in the market growth is supposed to be the inversion of the bond yield. This has been shadowing the market for long.

When the availability of long term bond yields is lesser than short term yields, experts have a reason to worry that investors are heading to trouble. Some economists are dismissing this argument saying that the wrong interpretation of signals will get us into trouble. El-Erian, a known economist, says that the present data is not necessarily signalling a recession, but it could be a self-fulfilling prophecy.

Tron had to experience bearish end on Monday which made it lose some 4.5% in the latter session of the day. TRX/USD was red even in the second session and had to drop 9% during it. A few days ago between 22-23rd March, TRX/USD  was showing positive signs though.

On the collaboration with eToro, TRON has tweeted this:

“We are pleased to announce that we’ve added another cryptocurrency to our ever-growing selection of crypto assets: Tron.”

Rakuten Inc. has Announced the Launch of its Own Rakuten Wallet on March 30 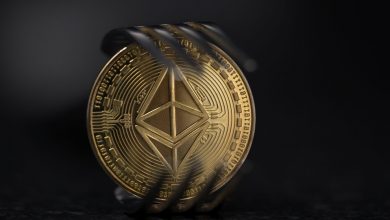 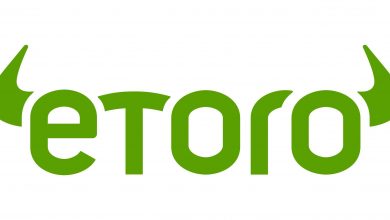 Out of 150 Trillion Dollars Of Global Assets, 66% Can Be Converted To Digital Ones, Believes eToro