TRON has positioned itself as one of the fastest transactions offering cryptocurrency, with the current levels providing as high as 2000 transactions per second. In addition, it broke the internet with the news of acquiring the file-sharing platform BitTorrent in 2018. Since that announcement, TRON hasn’t looked back in terms of scaling capability and further improvement potential.

As of September 21, 2021, TRON sits at the 25th position in terms of market capitalization, which is under constant threat from Stellar cryptocurrency. Almost the entire supply of 71 billion coins is circulating in the market, mostly between content creators and their audiences.

Given the sudden increase in digital content over the last year, there will be a massive demand for a blockchain network to support the required transactions. TRON is developing a platform that will be in demand in the years to come. $0.10 is acting as a firm price rejection zone and should be watched out carefully. There is a strong potential for upscaling.

TRX cryptocurrency has undergone a massive movement in the last two weeks. On one side, where it moved up by more than 65% in a week, the entire gains were wiped off in the next week. Such price action increases volatility and hinders the volumetric rise. 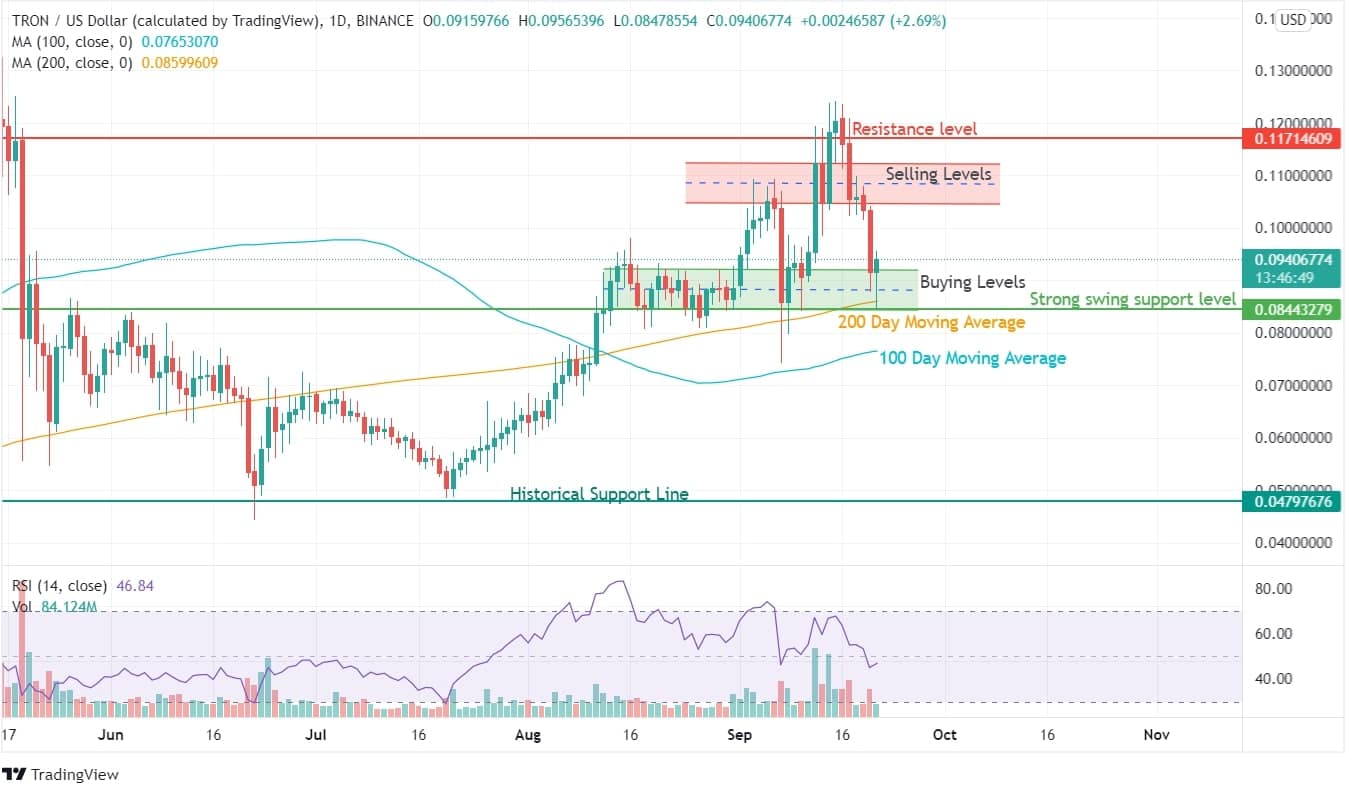 Two different price zones are developing on the TRX network, both of which favor buyers and sellers. At the top, above $0.10 to $0.115 levels, we are witnessing constant price rejection and profit booking. At the same time, the 200 DMA curve and $0.090 level is acting as a support level prompting buying action. On a positive note, the 200 DMA and its smaller version of 100 DMA have been rising upwards since the last few months, indicating positive price movement on this cryptocurrency.

The price movement around 5 cents is the lowest of the last profit booking session and has helped TRON scale double its valuation. RSI indicator has taken a dip from the higher levels of 70 towards below neutral level of 46. At the same time, there has also been an increase in trading volumes. The 100 DMA offers a strong support level at $0.076 level, followed by swing support of $0.0844 and 200 DMA level of $0.086 level.

The falling value of September 21 took support from its 200 DMA and has helped retrace its losses for the day while jumping 2.5% in the green. Moreover, it created a huge pin bar candle supporting the buyers. 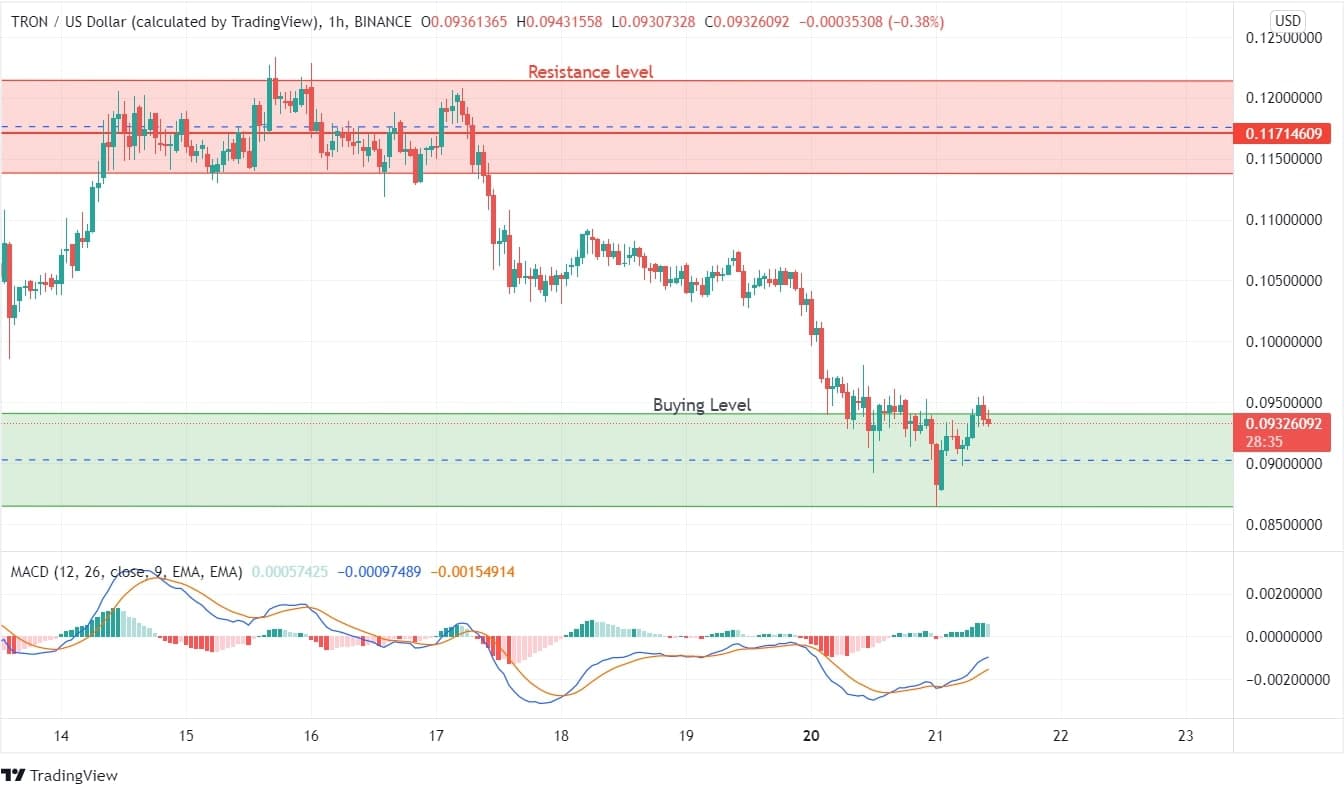 The price action on TRX hasn’t been positive in the last four days as the value plummeted from $0.12 levels towards $0.085 levels. Although buying is initiated at the lower levels, it cannot be taken as a sign of positivity until values reach $0.10 levels. So far, the action has supported buyers today, but a continued increase of pressure can be harmful to the positivity TRX has developed in the last few weeks as per our TRX price prediction. MACD though creating positive signs in trading in the negative axis, and buying at such levels is not recommended.