The revival of TRON coin in the last few days with an increase in volume is a good sign after a sluggish 2019. 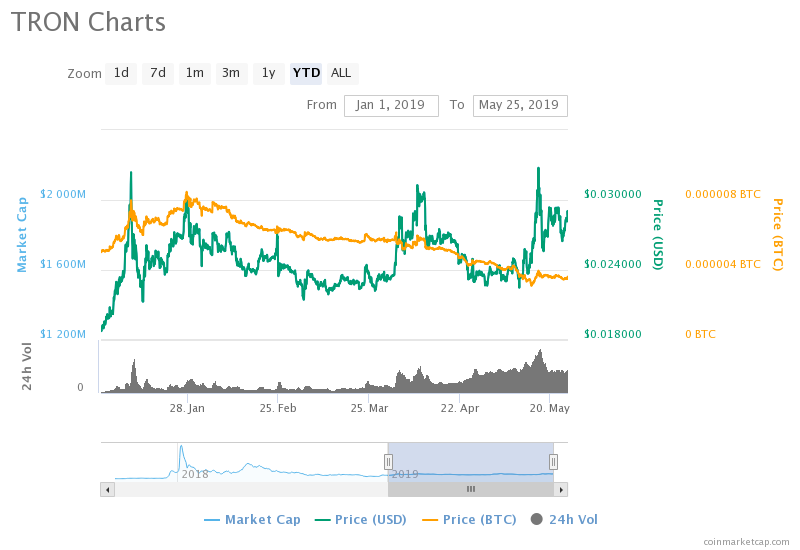 The recent massive surge in volumes of TRON in the last few days is an indicator of the revival of interest in it. Also, forming a new 3 month high with a steep rise of 50 % is a good indicator. It is correcting now at the current price, and once it breaks the 3 months high, According to the current TRON Prediction, it could easily reach the year high of 0.076 shortly. The next level could be the all-time high of 0.30, which could yield a return of more than 1000%. Already it has an ROI of 1263.57%, which is a positive sign for its increase shortly.

Since it is one of the digital asset available at such a low price and near its all-time low, there are more chances of upside. If even part of the 2017 boom starts which seems to be possible in 2019 it could easily reach its all-time high of 0.30. Hence investing in the bulk of such a low priced digital asset which is ranked 11th is worth an investment for fabulous returns of more than 1000% by the end of 2019.